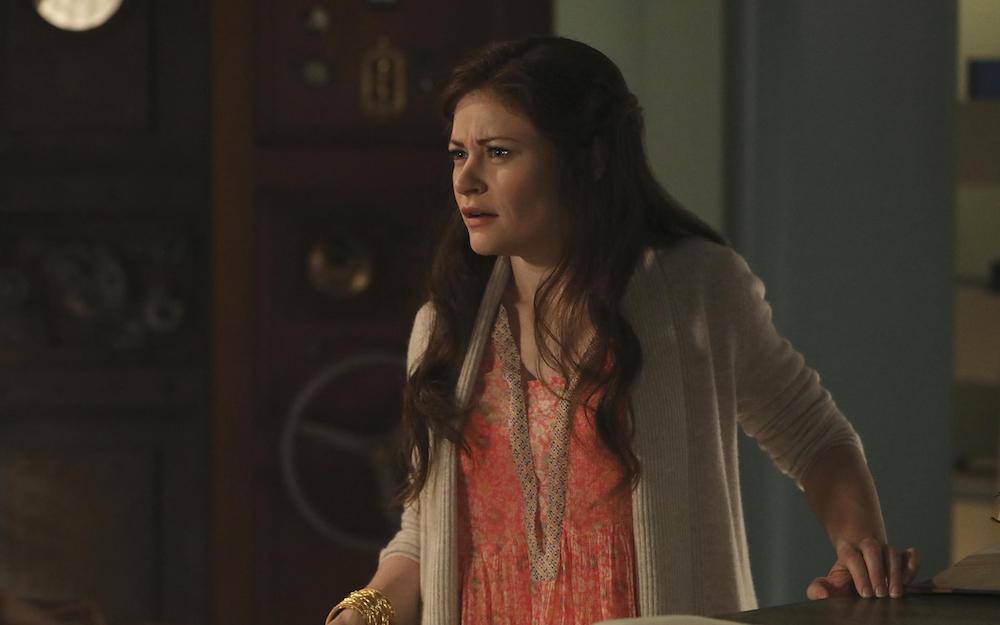 The episode opens with Rumplestiltskin (Robert Carlyle) capturing one of the fairies, with the Evil Queen (Lana Parrilla) as a witness. He reminds his "ally" that she is supposed to kill Zelena on his behalf, and then, he tosses some magical dust on the fairy – who suddenly ages many years.

Belle (Emilie de Ravin) believes that Rumple meant the act as a warning. He could use the magic to age her to the point that she could not take care of their child, in which case, he would be able to take their son. When Belle is researching ways to stop Rumple, she falls asleep and speaks to her son in a dream. He tells her that the answer is "right in front of" her.

In a flashback, we are taken back to Rumple's mansion, where Belle is his slave. He casually tosses her a baby that he has stolen from its parents, and she is terrified as to what such a beast could want with an innocent child.

Then, in modern day Storybrooke, Jasmine (Karen David) tells Snow (Ginnifer Goodwin) that she is nervous about her newly found magic lamp. She assumes that a genie's magic could help her find Agrabah but fears what the genie will want in return. She decides to summon the genie anyway, but when she rubs the lamp, all that comes out are two cuffs, implying that the genie was freed. Aladdin (Deniz Akdeniz) puts the cuffs on, turning himself into a genie instead.

Hook (Colin O'Donoghue) notices that the book Belle fell asleep with – right in front of her – is written in squid ink, which can stun Rumple once extracted from the pages. He and Emma (Jennifer Morrison) insist that Belle allow them to take care of the squid ink and Rumple without her. Hook and Emma go to Rumple's shop, and while Hook provides a distraction by mocking Rumple and provoking his anger, Emma stuns the Dark One with the ink.

Nearby, the Evil Queen visits Zelena (Rebecca Mader), who quickly realizes what her sister aims to kill her. They begin a very one-sided duel, but before the Evil Queen is able to kill Zelena, Regina appears. She has ripped out her own heart – holding the Evil Queen's life in her hand, ending the battle. Later, Regina admits that she had stopped by to steal some magic from Zelena, whom she still blames for Robin's death.

While Emma and Hook are searching Rumple's shop, Emma has another vision. Though the vision is blurry, it appears that she is stabbed in the gut with a sword. The couple is too distracted to realize that the squid ink has worn off, and Rumple escapes. 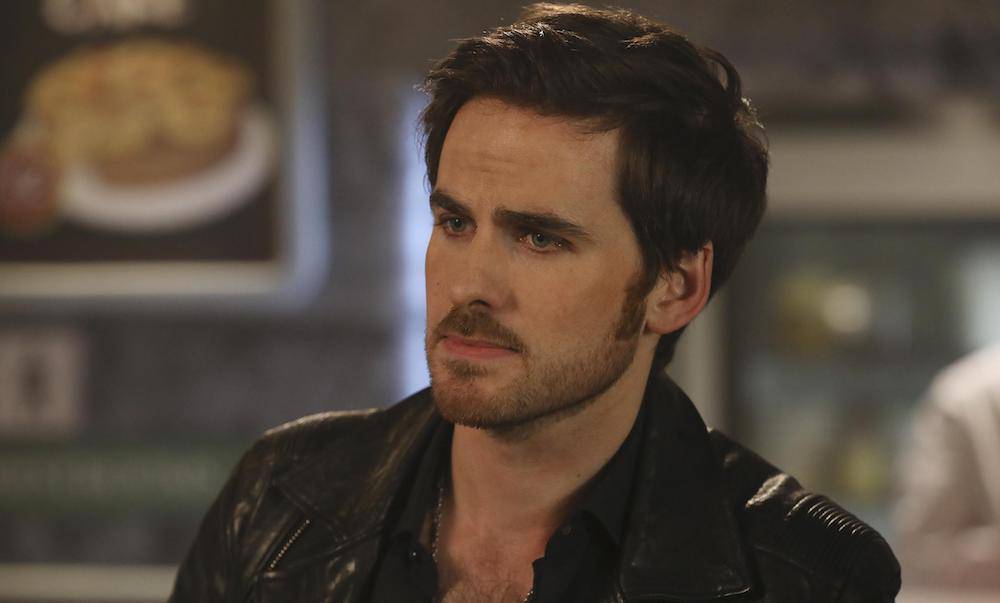 The flashback then continues, with Belle trying to hide the stolen baby. She sneaks into Rumple's library and pours over his work, taking notes and writing down his intention to contact "the Black Fairy." Suddenly, Rumple appears, and Belle realizes she has been duped. He takes the baby and locks her in the library.

Belle's attempts to escape prove futile, until Blue the fairy frees her. She finds Rumple in the woods, shortly after the Black Fairy appears, and watches from behind a tree. Rumple stuns the Black Fairy with squid ink, and while she is frozen, he admits that he is her son. He wants to know why she abandoned him. While he is distracted, Belle saves the baby, the squid ink's effect wears off, and the Black Fairy escapes, telling her son nothing.

Again in present Storybrooke, Rumple immediately finds Belle, aging dust in hand. He tells Belle that he thinks their son may be the only person who could ever love him, which is why he is willing to do anything to steal their child from her. However, when Belle tells him that he will officially lose her forever, Rumple seems to have second thoughts.

Sometimes later, Belle, Emma, and Hook stop by Granny's to unwind, and Emma admits to Hook that her new vision involved her death, once again. All of a sudden, Belle drops her mug on the ground. The tea she was drinking has had a very specific, unexpected effect: the baby inside her begins to grow, rapidly, with her stomach bulging outwards.

Belle goes into labor and is aided by Emma and the fairies. She finds herself again in the dream world, talking to her son. He tells her, "you know what you must do" but does not specify his meaning. Belle successfully delivers the baby, and then, she calls for Blue and makes a request. She asks her to be her son's fairy godmother and to take him far away from Storybrooke, where he will be safe from Rumple.

Belle names her son "Gideon," after her favorite story book hero, and as requested, Blue sends him away with her magic. Rumple arrives moments later and is furious. Belle refuses to tell Rumple their son's name, and he vows to find the child.

Rumple returns to his shop where the Evil Queen is waiting. She is the one who put the magic in Belle's tea – after Rumple "made an enemy" of her. He tells her that she is merely a pawn in his long game, adding vengeance against the Evil Queen to his new list of vows.

At the end of the episode, Emma feels stronger than ever, ready to confront her vision. She and Hook go back to Rumple's shop, where she finds the exact sword from her vision and takes it.

Once Upon a Time Season 6 Episode 9 Recap With Spoilers: Changelings

Andrew Garfield Jokes He Only Returned for Spider-Man: No Way Home Because of Tobey Maguire

Nintendo Switch Console Exclusive Leaked for PS4 and Xbox One