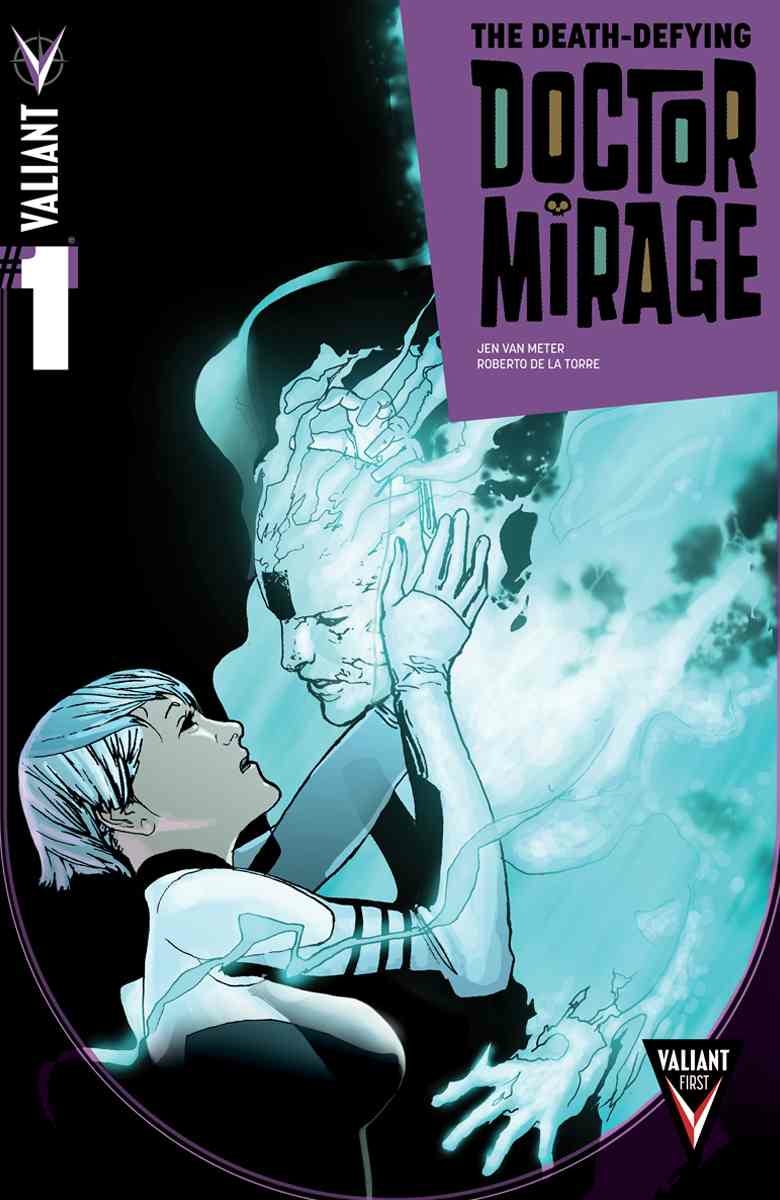 First issues must accomplish a lot in order to be successful. I'm not just referring to issues with a number one on their cover. I'm talking about issues that feature a brand new protagonist in a story that is entirely unfamiliar to the reader. They must create a brand new plot with complete characters and a functioning world around them, all within a very limited number of pages. There absolutely must be a hook amidst all of these details to bring readers back too. It's a challenge that most publishers of superhero comics rarely face, but one Valiant confronts head on. The Death-Defying Doctor Mirage #1 is a true first issue and one that succeeds in introducing its characters and world along with an interesting hook.

The story centers around Dr. Mirage, more commonly referred to by her legal name of Shan Fong. Shan possesses a variety of paranormal abilities whose limits are never quite explained, similar to other supernatural heroes like Dr. Strange or Zatanna. The opening sequence provides an introduction to some of these abilities and Shan herself. She visits a group of widows and helps them reconnect with their husbands. In addition to presenting the abilities that make Shan unique, this sequence provides a lot of insight into her character.

Jen Van Meter uses all of the interactions in this issue for more than one purpose. In addition to setting up Shan's powers, relationships, and initial mission, every sequence provides some little insight into who she is and how she functions. Working with the group of widows gives some insight into her past. Interacting with her agent helps to expose her attitude. Visiting a new client provides the breadth of her knowledge and experience. Van Meter recognizes that there is a lot of world building to be done and attempts to use each opportunity wisely.

Shan is an intriguing character. Her smartass attitude and blunt disposition make for some funny repartee and present her as a very capable individual. She is far from the first character to hold this type of attitude though. It's the classic Han Solo-rogue persona. This isn't initially problematic, assuming there's more to her character than that. Rogues are always fun to watch at first, but that type of personality usually works better as a front than an entire protagonist. Van Meter has created fertile soil to grow Shan's character, but she only hints at the depth of the character in this first issue.

Roberto de la Torre fits the tone of the comic both with his style and storytelling abilities. The strange influences found in this first issue, specifically the many supernatural objects found in one location are well suited to his pencil work. There is an ethereal quality to his art that makes many things seem not quite right. It is subtle here. Even the ghosts that appear early on wouldn't seem entirely out of place if not for David Baron's coloring.

The last page is something special though. It's enough to make me want to return and spend some more time with Shan in her world. The ghosts and odd artifacts are revealed to be just the tip of a very large iceberg when Shan opens a door. La Torre makes his final panel the most interesting of the issue, creating reality-warping effects and positions it so the reader is sharing Shan's experience looking at what comes next. It's a promising ending that allows La Torre to show off what he may be capable of in future issues.

The Death-Defying Doctor Mirage #1 is a well-crafted introduction that provides just enough of Shan, her world, and what is coming to make an assured promise that this story will be an interesting one. Some may think of a first issue like this, in the already crowded marketplace of superhero comics, as being risky, but Van Meter and la Torre make it work.