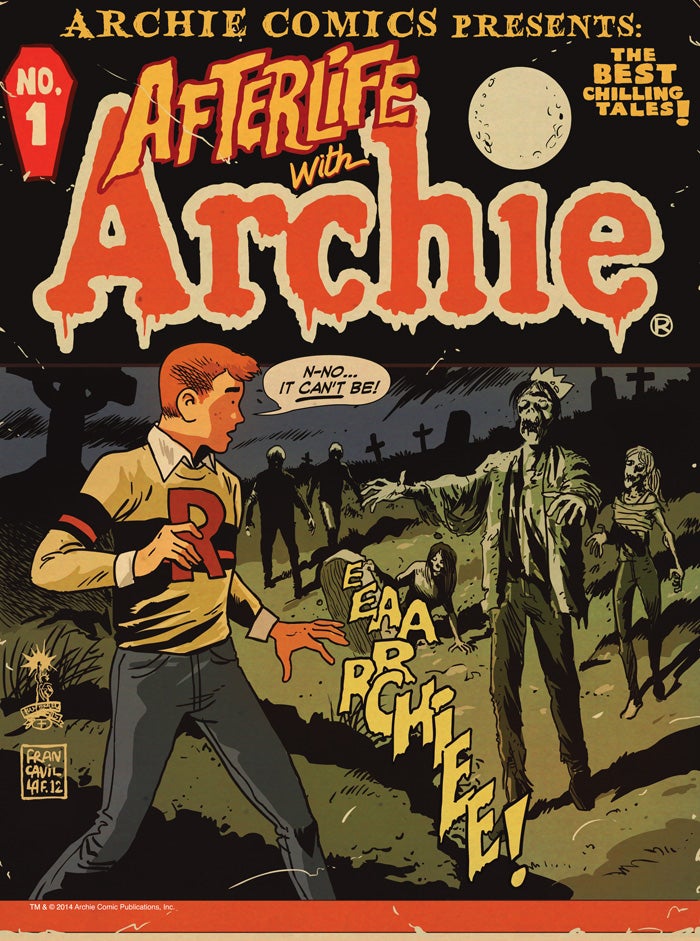 When Riverdale comes to Fox, the series will take a page out of The Simpsons's playbook and have a special, Halloween-themed episode every season.

What's the theme? Why, Afterlife With Archie, of course.

That's according to Archie's Chief Creative Officer, Roberto Aguirre-Sacasa, who talked with Comic Book Resources about the just-announced series today.

He also confirmed an observation that ComicBook.com made in our initial report -- that Riverdale owes something of its approach to David Lynch's cult classic Twin Peaks.

"Something we talk a lot about is, 'Imagine if Riverdale were like Twin Peaks,' and was a really weird small town. But Twin Peaks had some very funny black humor stuff to it; obviously it was very serious as well. So that kind of balance is what we're going to try to strike with the show," Aguirre-Sacasa explained. "Riverdale is 'Archie Meets Twin Peaks.' You know how we're doing Archie Meets Predator [in the comics]? This is 'Archie Meets David Lynch.'"

He also complared the series to Gotham, saying that over time the plan is for the town to evolve into a more recognizable version of itself -- and that Betty and Veronica meet for the first time in the pilot.