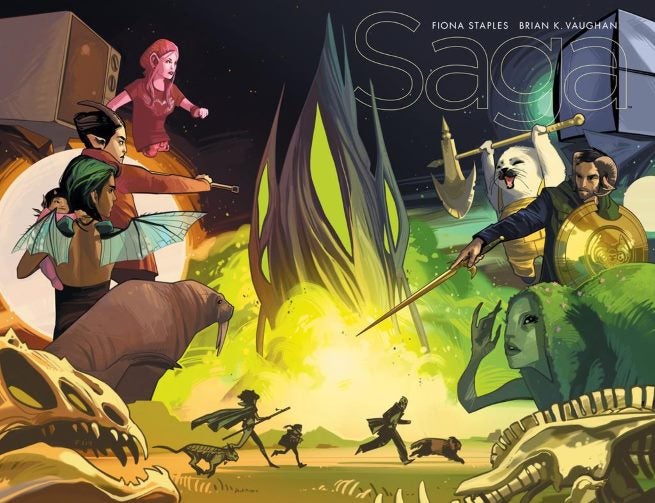 Saga has been a perennial bestseller in the bookstore market since it was released, and a big seller in the direct market as well. These stellar sales have allowed Staples to stretch her creative muscles and create the stunning cover seen above.

Saga #24 left the cast in as a broken and scattered a place as they've ever been, with Marko and Alana split up and unlikely alliances being made as a result. We'll start to see what the next chapter in their story holds when Saga #24 is released on February 4.