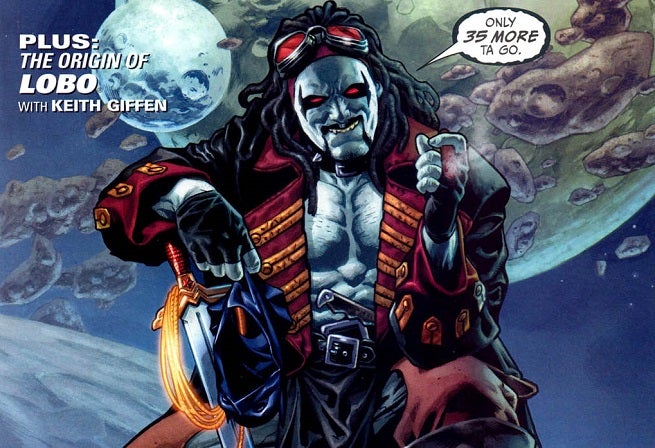 And what he said...well, not all that surprising.

"I think what's happening with DC is that they have prioritized what they need to make first in order to kind of lay the foundations for the DC Universe," Peyton admitted. "This is what I believe is happening just from what they've been taking about. They're talking about Justice League, Batman v Superman, and going into Flash, Wonder Woman, and Aquaman. Those are kind of the pillars of that universe."

"I think there's going to be a really amazing time for Lobo and I think people are going to realize, certainly once they revisit it, what they're sitting on," Peyton added. "But you never know. I'm really happy with the project and where we got it and fingers crossed it comes to fruition at some point."

San Andreas will be in theaters on May 29.