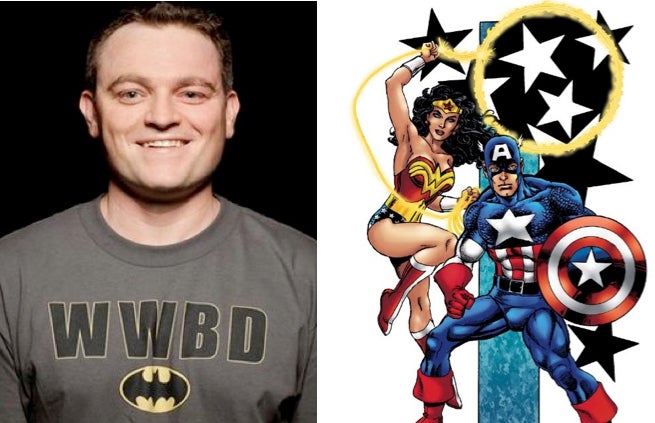 Even with prolific takes on Batman and Superman under his belt, writer Scott Snyder has plenty of epics in mind for other iconic superheroes.

During his Ask Me Anything on Reddit yesterday, Snyder fielded questions asking if had any ideas for Wonder Woman and Captain America stories.

For the Amazon Warrior, and only member of DC’s Trinity that he hasn’t written a solo title for, Snyder said that he did. Specifically, he said that he would like to build off of three-year run that Brian Azzarello and Cliff Chiang just completed for The New 52.

“My take (and I have one) would give her a big role in the dcu while building on what azz and cliff did so wonderfully. i'd like to see her with a base, a cast, a mission,” he wrote. “I have a big story in mind. If I'd had time, I'd have pushed to do it. Hoping to build in time soon, though I'm excited to see what David and Meredith do ,too!”

As for Marvel’s Sentinel of Liberty, Snyder was a little less forthcoming. He stated “Captain America. Have a big story that I’ve always wanted to do!” and left it at that.

Fans shouldn’t get anxious for another Snyder-penned superhero adventure anytime soon, though, as he just said last month that he’ll only write one superhero ongoing series at a time. And with his blockbuster "Batman" series--which rocketed to comics superstardom--currently filling that slot, it doesn’t seem like he’ll put on another pair of tights for a while.