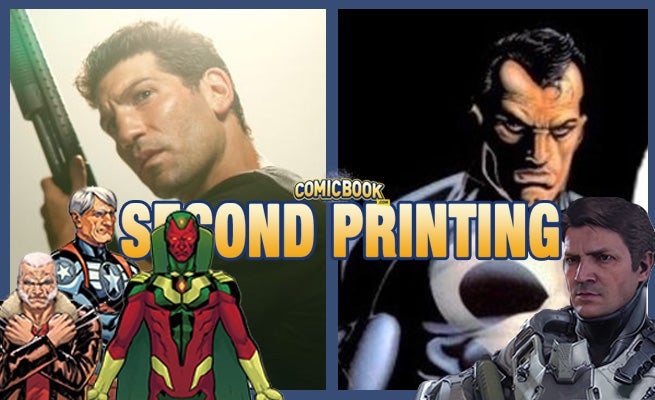 What a fantastic few days of announcements and previews! Good thing ComicBook.com has the Second Printing to ensure you don't miss a thing!

Join us in the video below for a recap of today's biggest issues.

Jon Bernthal Is The Punisher

It was officially announced that Jon Bernthal, formerly Shane on The Walking Dead, will be playing Frank Castle - The Punisher - on season 2 of Daredevil. Frank Castle is in the Marvel Cinematic Universe!

A look at Gunnery Sergeant Buck confirmed that Nathan Fillion will return to the Halo franchise to voice the character in Halo 5: Guardians.

A Look At The All-New, All-Different Marvel

Marvel colorist Matt Wilson released images of several Marvel character designs for the All-New, All-Different Marvel, which is NOT a reboot.

Ron Perlman is rallying fans to use the hashtag "#HellboyIII" to get the attention of studios and conclude the Hellboy trilogy.

Which of these stories has you the most excited?

Report: WWE's Plan for Sasha Banks at Hell in a Cell