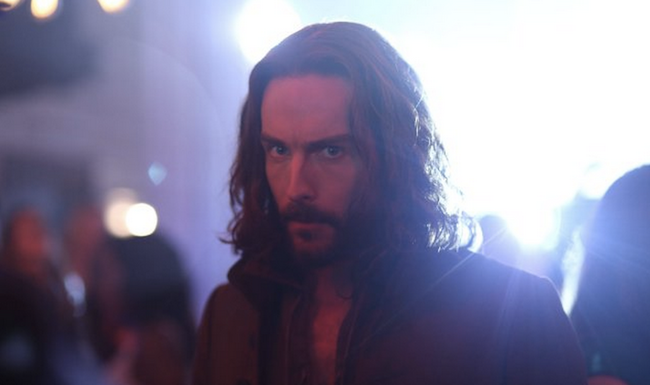 “Heartless” opens with Ichabod (Tom Mison) and Katrina (Katia Winter) watching a knock-off Bachelor, discussing love and trust. He’s still suspicious of her but seems willing to move forward with their relationship.

Henry (John Noble) retrieves a dead heart from an ancient pot, bringing it to life with a spell and summoning a woman, as it turns out – a succubus (Caroline Ford). She goes to nightclub where she seduces a man by changing into the form of the woman he desires, and once the succubus gets him in the back of his car, she sucks out his life force.

The succubus returns to Henry and adds the life force of the man into the same jar that Moloch’s remaining essence was captured in at the end of last week’s episode. She then performs pretty much the same routine with another person desperate for love, this time a woman, before adding more energy to the jar.

Abbie (Nicole Beharie), Ichabod, and Katrina investigate the crimes and begin to research what sort of creature could have committed them. Katrina is still physically weak after her Moloch pregnancy, and Abbie grows weary of all the time that Ichabod and Katrina spend together.

When Abbie tries to gain some insight from Nick Hawley (Matt Barr) at a bar, it’s clear that he’d much rather just be on a date with her. Abbie refuses a drink, and since Hawley doesn’t have any ideas about the monster, she leaves. 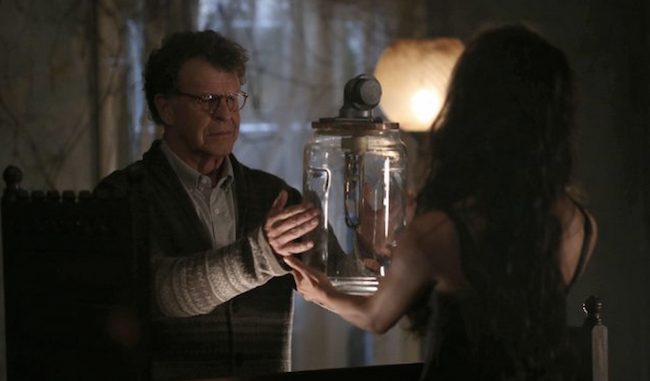 Brainstorming back at home, Katrina and Abbie realize that there’s only one reason a man would be in the back of his own car. They realize that the creature is a succubus, and Katrina uses her magic to determine where it will head next – the harbor that contains Hawley’s boat.

They get there just in time to save Hawley from the succubus, whom he’s been just barely fighting off. The creature pursues those who have strong desire in their heart, which is why she went after Hawley, who loves Abbie. On the ride home, Ichabod awkwardly gives Abbie his blessing to date Hawley, but Abbie says their lives are already too complicated.

Katrina begins to have visions of Frederick’s Manor, seeing the succubus, Henry, and a baby. She realizes that the infant is Moloch, who’s still alive and with whom she has a psychic connection. They realize that the succubus is not feeding on souls; she’s bringing them to Henry to help bring Moloch to life.

With more research, they learn that the succubus is specifically an Incordata, a legendary monster that’s heart is separate from its body. Only if the heart is destroyed can the body die too. Abbie has been tracking Henry’s Internet use, noting that he had obtained a cemetery permit. They reason that the heart must be in the cemetery, so Abbie and Katrina leave to look for it, while Ichabod and Hawley look for the succubus.

Abbie and Katrina eventually find a room protected by a hex. Once inside, they find the pot that contained the heart in the episode’s opening. Abbie sees maggots inside it, but Katrina sees rats. Realizing that it’s just visual deceit, Abbie reaches in and grabs the heart. Katrina reads a spell, and smoke starts coming off the heart, by another protective hex knocks her out. Abbie is forced to read the spell instead. 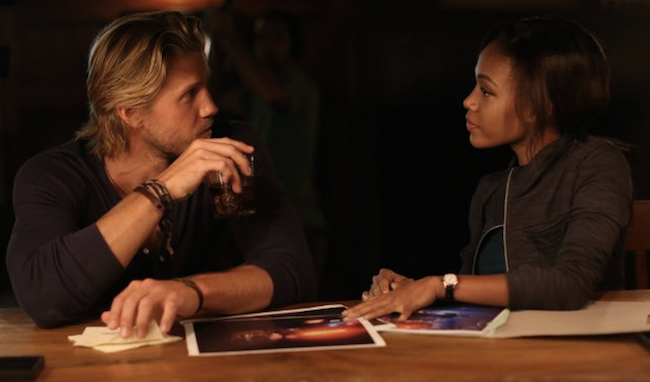 At a club, Ichabod and Hawley find the succubus in the crowd. Ichabod follows her until she eventually corners him in a back room. She says that she can sense his desire for Katrina, but she can also sense his doubt in her. The conversation distracts him enough for her to start sucking out his life force, before he is saved by Hawley.

Just as Abbie finishes the spell, the heart bursts into flame – as well as the succubus.

Abbie admits to Katrina afterwards that their team is better with her on it. The two agree that Henry will just devise another plan to bring Moloch to life, and Katrina decides that she must return to Abraham, pretend to love him, and become a spy for them once again.

Next, Abbie meets back up with Hawley and Ichabod. She gives Hawley the remainder of the succubus heart as a gift and tells Ichabod about Katrina’s decision.

The episode ends with Katrina back at Abraham’s who is happy to have her. Henry accepts her as well, on the condition that she still has her necklace. He calls her mother and shows her baby Moloch. Katrina looks at him with tears of happiness, and her necklace begins to glow brightly.