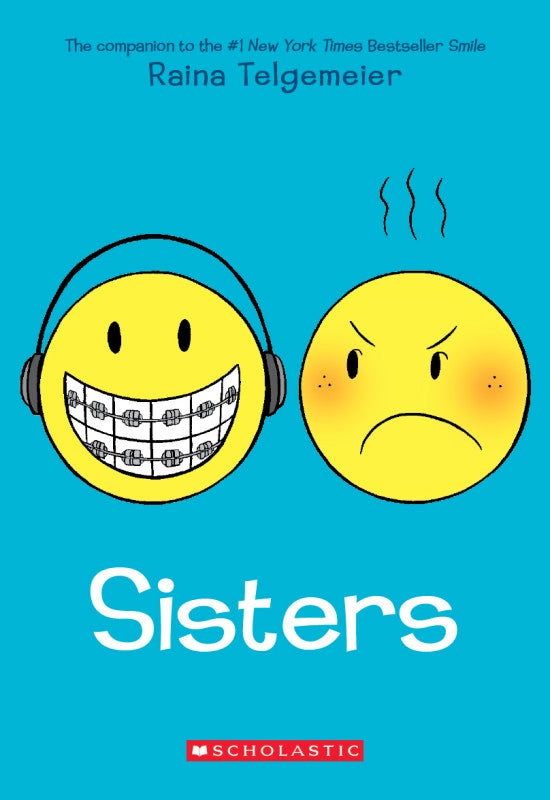 , Raina Telgemeier's follow-up graphic novel to her hit Smile is getting a 200,000 copy initial print run, according to the Wall Street Journal. Sisters streets in August on the same day as Kaza Kabuishi's Amulet Vol. 6. The pair will tour together in support of the works, according to ICv2. While the news hit yesterday, expect much of the specialty press to pick it up today, as award-winning cartoonist Faith Erin Hicks took to Twitter earlier today to call attention to it.

Ugh I get so mad. "Where are the women in comics--" They're RIGHT THERE! Smile has 100 weeks on the NY Times Bestseller list. ARE YOU BLIND. — Faith Erin Hicks (@faitherinhicks) May 23, 2014

Hicks also called out the comics media for not covering enough female creators or non-mainstream work. Smile won an Eisner in 2011 and has had sales success outside of the direct market, particularly with libraries, school book fairs and the young readers section of brick-and-mortar bookstores, where it's typically marketed and merchandised alongside Diary of a Wimpy Kid and similar products, rather than in the graphic novels section. According to ICv2, it now has over one million copies in print. Published by Scholastic, it is also offered on their website and in their in-school catalog alongside titles lik Harry Potter and Jeff Smith's Bone, which has been credited with bringing a new audience into graphic novels by appealing to readers outside of the comic book shop. Both Sisters and Amulet Vol. 6 will be in bookstores August 26th.