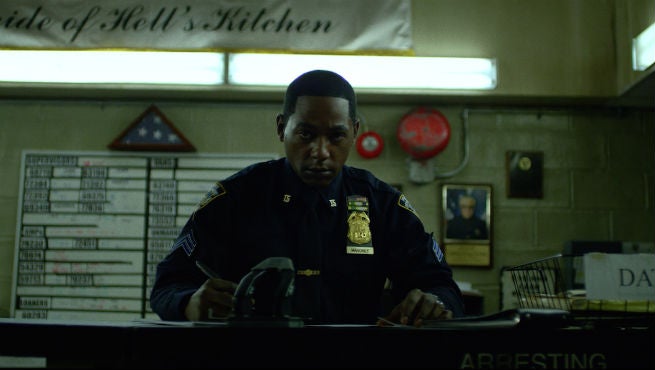 Usually, Lee gets a walk-on role and maybe a line or two of dialogue; when he doesn't, he's often just not in the movie at all (like in The Wolverine, although he was represented by a cleverly named bottle of liquor).

This time around? Well, he's a photo on the wall.

Way in the background.

You can see his photo in the background of the photo above, which came from Episode 13, as spotted by Hypable. Without being too specific, showrunner Steven DeKnight seemingly confirmed it:

We made you work for that one! RT @fer23garcia: @stevendeknight cool stan lee cameo. it is hard to find

Daredevil has been one of the best-received new shows of the season and has almost immediately entered the conversation as one of the best comic book TV shows of all time.

You can check out the first season now on Netflix.