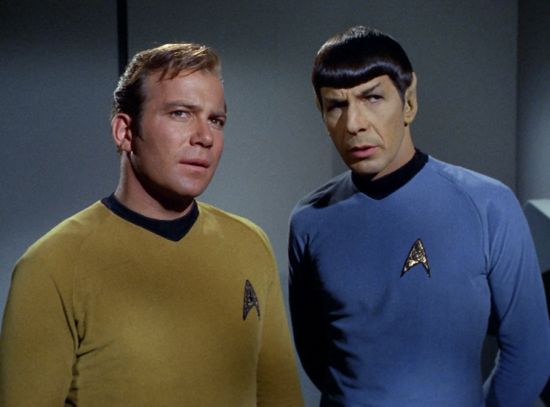 Remember when it looked like reality TV was taking over television? Well, thanks to the success of shows like The Walking Dead, the latest trend in television seems to leaning toward comic books, horror, and science fiction.

Agents of S.H.I.E.L.D. launched on ABC this fall, and it ties into the Marvel Comics Cinematic Universe. There have been rumors of a Star Wars show also in the works at ABC. Warner Bros. is also said to have shows based on various DC Comics characters in development at The CW, Fox, and NBC.

According to a tweet by Sky News entertainment reporter Joe Michalczuk, even Star Trek could be headed back to television. Michalczuk tweeted, "Bob Orci just told me they've had a meeting with CBS to revive @StarTrek on TV...This made me v(ery) excited."

Bob Orci was a writer and a producer on J.J. Abrams' Star Trek and Star Trek Into Darkness, so it would make sense that he would be in the discussions if Star Trek was being considered for a TV revival. In light of the likelihood of ABC launching a Star Wars show, it would also make sense that CBS might want to be ready with their own sci-fi counterattack.