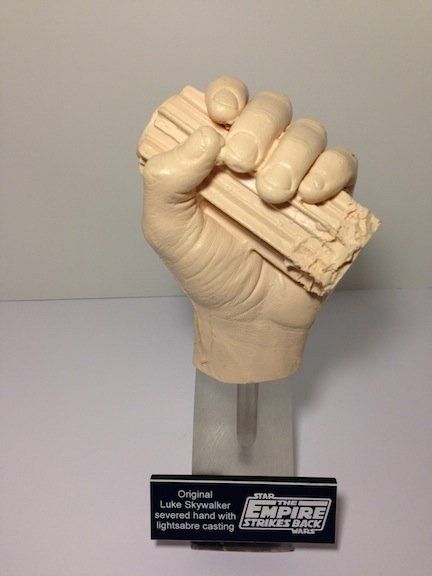 The annual Stars of Hollywood Prop and Art Auction is kicking off this week in Los Angeles and, along with dozens of items from James Bond, Iron Man, Red and Batman Forever, fans can bid on the screen-used hand that popped off Luke Skywalker and went flying during the climactic battle in The Empire Strikes Back. They've also got a signed-and-numbered poster of Mayo Kann dressed as Superman circa 1936. And lest you think that's a typo, Kann is identified as "the actor the original comic book Superman was modeled after," so this isn't a question of confusion but rather a "forgotten" Superman. You can check out these and many other items at the link above, including a piece of original production art from Superman Lives!, the unproduced Tim Burton version with Nicolas Cage as Superman.