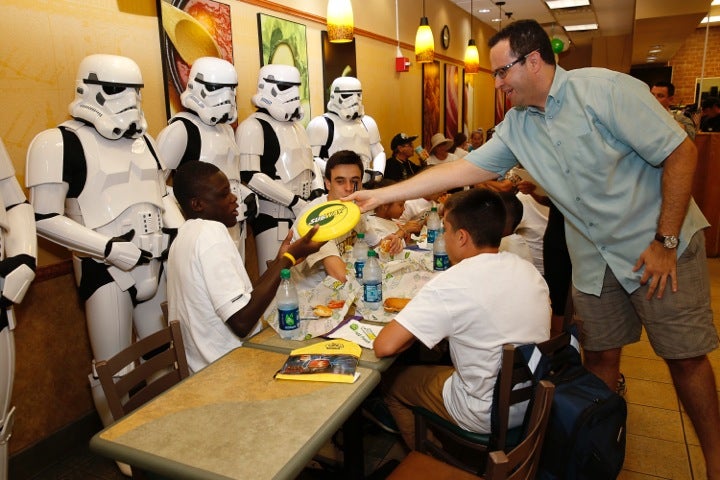 Going from one spacefaring band of scoundrels to another, Subway restaurants transitioned from their August promotion in support of James Gunn's Guardians of the Galaxy to a September and October promotion that will tie Disney XD's Star Wars Rebels to the chain's kids' meals.

Rather than the traditional toy in the box that McDonald's and Burger King do, Subway's kids' meals include a collectible, reusable bag that the food is sent home in.

Additionally, as pictured above, Jared "the Subway Guy" Fogle joined forces with Star Wars Stormtroopers and kids from the Boys & Girls Club of Bridgeport, CT (home of the first Subway restaurant).

Of course, if this is in support of Rebels, what ind of message does it send when Jared teams up with the Stormtroopers? Apparently, he's a dangerous dude if you get on his bad side...!