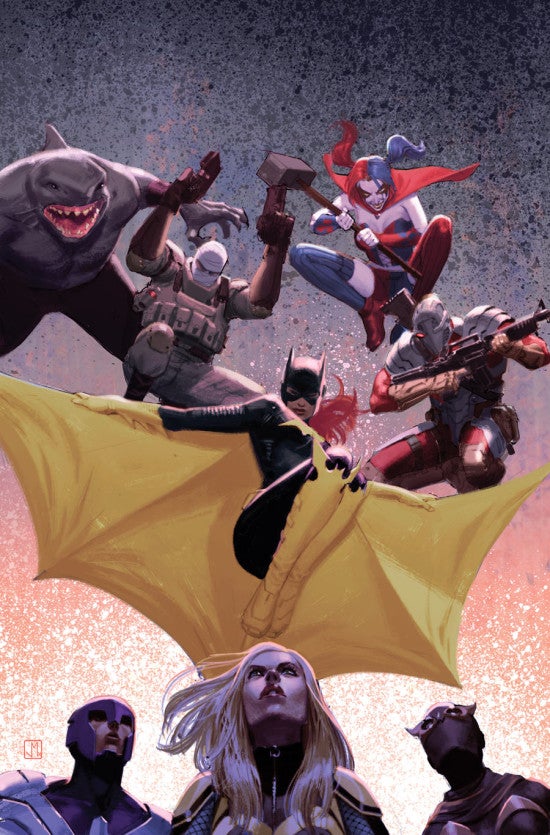 Solicitations for August product are out for DC Comics, and it paints a startling picture of the future of the New 52 -- and we're not talking about September's "Five Years Later" Futures End tie-ins, although we'll get to that shortly. Six comics are solicited as "final issue" in the August Previews catalogue, including Birds of Prey, which has been in more or less continuous publication since 1996. All-Star Western, a critical favorite co-written by Harley Quinn's Jimmy Palmiotti, leads the pack of cancelled titles, along with Superboy, Batwing, Trinity of Sin: The Phantom Stranger and Trinity of Sin: Pandora in addition to the aforementioned Birds of Prey.

Batwing, Birds of Prey, The Phantom Stranger, Pandora and Superboy all have Futures End tie-in one-shots planned for September, which calls into question just how "cancelled" those books really are. Recent cancellations like Teen Titans and Suicide Squad have been almost immediately resurrected with new #1 issues, a trick DC has apparently picked up from Marvel Comics's Marvel NOW! initiative, where relaunched books that aren't performing, or just have a pending creative change, can be relaunched yet again to bolster sales and visibility with another new #1 and give a new creative team the highest possible profile. The Phantom Stranger and Pandora, launched in response to their key roles in the then-upcoming or then-current "Trinity War" crossover in the Justice League family of titles, seem the least likely to come back right away, as they aren't characters or properties who have had a history of recent, successful series (although a stand-alone Trinity of Sin series that also incorporates The Question might be worth a try if the publisher is committed to those properties). Superboy and Birds of Prey seem like nearly sure things, while Batwing seems more likely to be brought into a Bat-family fold somewhere else than to get his own title since they've already done a quiet reboot of the title once by changing not only the creative team but also the character inside the costume to tie him more closely to Batman. All-Star Western might get a break for a while; Jonah Hex, an acclaimed series before the relaunch by the same writing team as All-Star Western, similarly struggled with sales and survived largely on the strength of a supportive publisher who felt the genre diversity offered by a popular Western hero made their line more appealing. A recent attempt to draw mainstream superhero readers to the title by briefly bringing Jonah to the present day and tying him in with Batwing and Booster Gold generated a lot of buzz but not a lot of sales. 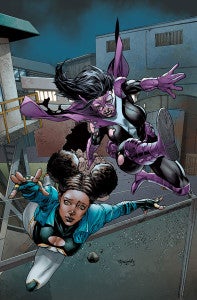 While some outlets are reporting that Worlds' Finest will end in August, DC has apparently told Comic Book Resources that the solicitation text those outlets got their hands on is inaccurate. Whether that was a simple error or whether the title just avoided the ax and somebody forgot to alter the solicitation text isn't clear, and DC had no comment on that or any of the other titles mentioned above. It likely will not go unnoticed that Batwing is DC's only solo superhero title featuring a black lead (and the only solo book with a nonwhite lead, excepting science fiction books featuring non-human leads). The Futures End tie-in books have been speculated as new launch points for some titles, with Booster Gold having been rumored as a potential New 52 ongoing series for about a year now. So far, though, there's no evidence that any of the recently-announced titles will lead to anything beyond September's event story. Word has also been for a while now that October 2014 will be a big month to shake things up following the event and the midpoint of the Futures End weekly comic, which will end in March 2015. A bunch of creative resources freed up and potentially a handful of new books to launch out of the Five Years Later month seems as big a shakeup as the publisher has seen this year.

Superboy, Birds of Prey, Four Other DC Comics Titles To End in August