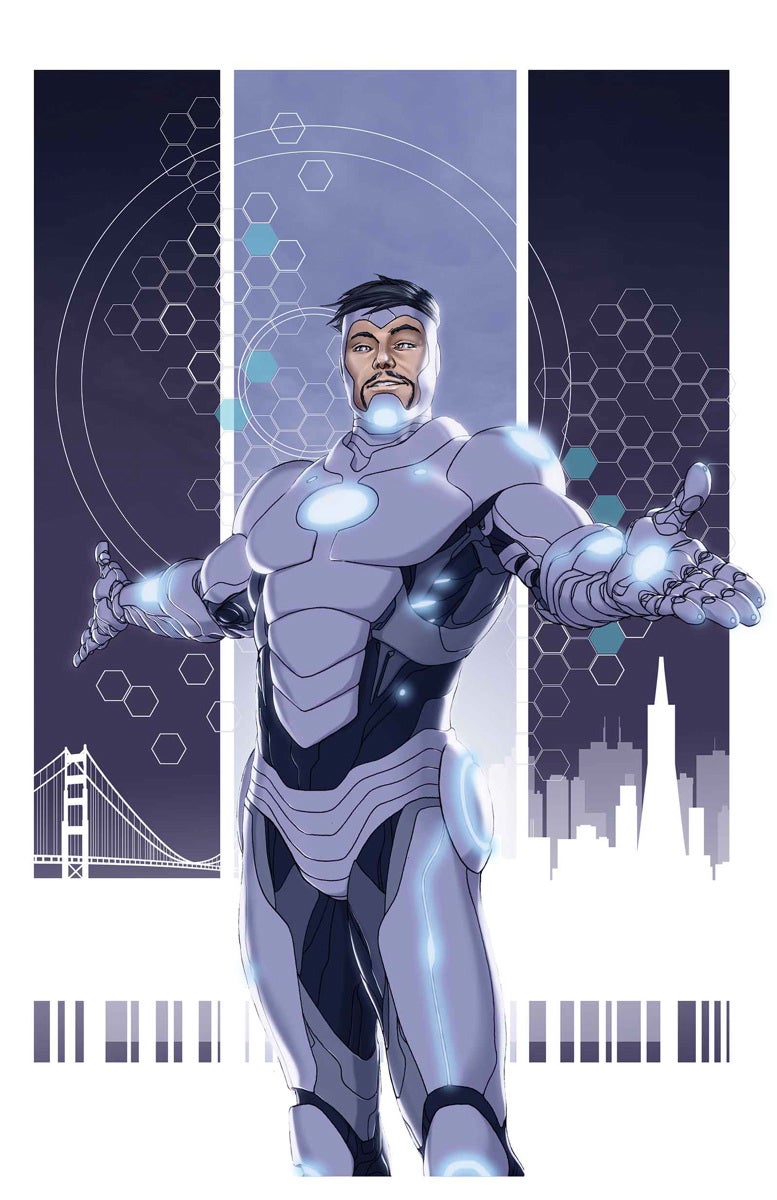 Superior Iron Man #1 is spins out of Axis, an event that is only half done. Luckily, the front page nicely summarizes the events that have led to the massive changes on display here. As long and convoluted as Axis may turn out to be, its effects are simple and play out naturally in this first issue. That's a good thing because the story presented by writer Tom Taylor and artist Yildiray Cinar is one worthy discussing.

The series begins with Tony Stark at his worst as a result of the morality inversion in Axis. This is not simply a more narcissistic version of Tony or one that has fallen off the wagon, it is a man who is entirely consumed by his own ego and greed, incapable of recognizing flaws in himself or his ideas. He is so far gone that although he may still play the part of a superhero, his character is openly villainous at times. Taylor and Cinar are not trying to tell a story where Iron Man is an anti-hero or where he lies in some morally gray wasteland; they are embracing the concept of Iron Man as the antagonist of his own story.

Taylor has worked with similar ideas in the superhero genre before, specifically in the digital Injustice series that transforms most of the Justice League into global dictators. Here he shifts the focus from overt power to capitalism. Tony is a hero in the same way John Galt is one. He cares about nothing but himself and exerts his power on the city around him in order to enrich himself. There's nothing truly altruistic left in his actions and the results are horrifying. In the first issue alone Taylor introduces themes involving addiction, exorbitant wealth, and endless greed.

Superior Iron Man #1 appears to be only the entrance of a rabbit hole of depravity, one that will take Tony Stark to depths he has not seen before. The lack of a real protagonist (Pepper Potts and Daredevil are the only likable characters here) may be off putting, but Cinar's art really helps to sell the project and make the ugliness more palatable through the appearance of surface beauty. His clear, well defined style makes the beauty of Tony's home and armor pop, while uglier aspects stand in stark contrast.

Cinar is given an opportunity to kick off the book with a fun action sequence. It contains at least one genuine surprise and a lot of humor. Like the rest of the issue, it plays up the superficial fun that Tony is enjoying and downplays the serious problems that ought to be confronted. Cinar's best work comes when this sort of balance is brought into the open. Sequences set in Tony's workshop and pool provide a clear sense of who this character is and what he is about now. There's a beautiful sheen to everything around Tony (it is not an accident that his newest armor shines and glows brighter than others). Cinar is exaggerating the beauty of Tony's life, but maintaining it as something artificial and constructed.

Like the "Superior" series that preceded it, Superior Iron Man features a hero that is truly the series greatest antagonist as it begins. It lacks someone to root for, but provides an opportunity for Taylor and Cinar to explore interesting new ideas with an old character. Whether they will be able to live up to the potential of this first issue remains to be seen, but they are certainly off to a great start.