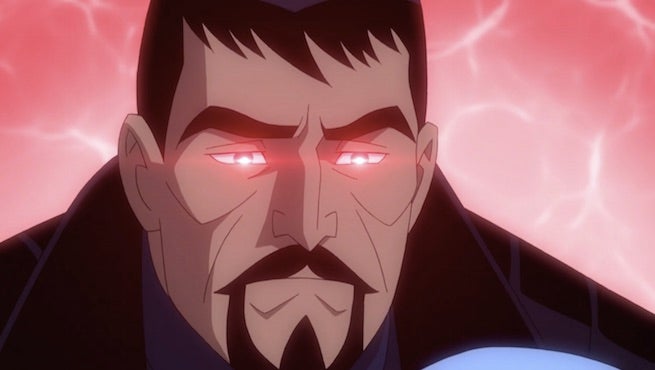 While the dark, gritty world of Gods and Monsters has primarily focused so far on how violent and extreme even the world's greatest heroes can get, here we get a Superman story which, after a fashion, probably would work with the main-universe Man of Steel, as well.

Titled "Bomb," Superman rushes to save a city that Brainiac has endangered -- but he needs to do it before a nuclear bomb deployed by U.S. President Amanda Waller can annihiliate any survivors in the area.

Justice League: Gods and Monsters Chronicles turns the DC Universe upside-down. In this dark, alternate world, telling the good guys from the bad guys is never easy: Superman is not the son of Jor-El, he's the son of General Zod; Wonder Woman is not from peaceful Themyscira, but rather the warring nation of Ares; and Batman is more vampire-bat than man…and he's not Bruce Wayne. It is unclear if our greatest heroes are here to protect us...or to rule us.

Machinima has already announced a second season, which will come out in 2016.

Mona Hammond, EastEnders and Doctor Who Actress, Dead at 91

The Division Resurgence Announced by Ubisoft