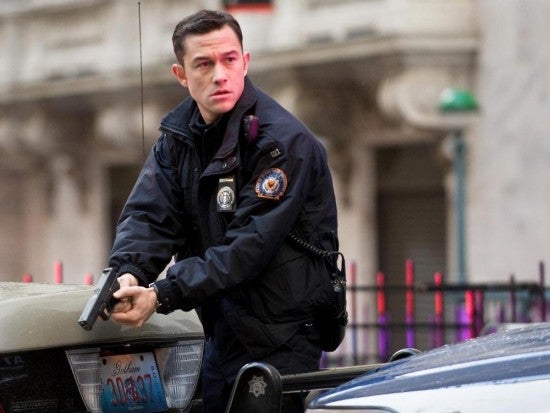 Following the popularity of Joseph Gordon-Levitt's John Blake character in director Christopher Nolan's The Dark Knight Rises, the character was supposed to pop up in the comics.

He never did, and it might be interesting to see why.

For those who have forgotten already, John Blake was an idealistic young police officer who formed a relationship with Commissioner James Gordon during the third and final installment of Nolan's Dark Knight Trilogy. Ultimately, when Batman was presumed dead, it was Blake who came into possession of the Batcave and all of Bruce Wayne's gear. 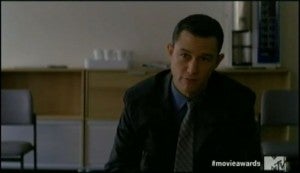 The actor expressed an interest in revisiting the character, either in a sequel or some other kind of stand-alone spinoff that would give fans more of a sense for "Robin" Blake.

“It’s amazing and so wonderful to be part of a film like [The Dark Knight Rises],” Levitt said in an interview. “But as far as Robin is concerned, that’s not up to me. I don’t have the rights to that character. If there’s a script I find inspiring and a filmmaker I have a connection with, I’m interested.”

And it wasn't just him; fans and commentators online kept waiting for some kind of announcement to come, with rumors swirling about spinoffs or even an appearance as Batman in the Man of Steel follow-ups.

Around that same time, DC Entertainment Co-Publisher Dan DiDio was fielding questions about the character on his Facebook page. DiDio was asked whether there was any possibility of seeing a series based on John Blake, the Gotham City police detective who appeared in Christopher Nolan’s The Dark Knight Rises, in which he appeared as Batman. And his response was surprising.

“A series of books?” DiDio responded, “let’s see how he does on his first mission.”

It wasn't the only time someone would imply that thy were looking at the prospect of either stories set in the Nolanverse or just starring Blake. However, once Man of Steel's PR campaign ramped up in earnest, it seemed as though fans forgot all about Blake and stopped asking...and he's never actually turned up.

Some fans had expected that a Gotham Central-style book could be coming for the New 52, which seemed at the time an ideal setting to introduce a major new GCPD character. No such book ever came, although the Gotham TV series coming in the fall on Fox may yet inspire one.

The character would hardly be the first to make the jump from other media into the comics, if he were to be written in. Jimmy Olsen and Harley Quinn are examples of characters with a good deal of longevity who joined the casts of their respective comics after being introduced on radio or television. Arrow's John Diggle recently joined the cast of DC Comics's Green Arrow.

So far, though, Blake feels a bit more like Chloe Sullivan. Her appearances in DC Comics were much-hyped; the idea was to bring one of the most popular elements of Smallville to the printed page, but ultimately she only made five appearances before the New 52 reboot and none since.

Of course, with the introduction of Geoff Johns as the new writer of Superman soon, it's entirely possible Chloe could make an appearance; Johns wrote for Smallville several times and was always rumored to be one of the driving forces behind bringing her to comics.

Which brings us back to Blake. What the heck happened there? What was the plan for him (assuming DiDio wasn't just kidding the readers)?

With Smallville Season 11 and beyond finding success as a comic book after the TV series came to an end, it would make sense for DC Comics to try to test the waters with The Dark Knight Rises. The ending of The Dark Knight Rises would give Blake a reason to exist in the comics and something really interesting and different for the writers to work on.

Of course, we've also got Batman Beyond right now in a couple of different forums...so maybe there's an involvement there.

Since there were eight years between The Dark Knight and The Dark Knight Rises, DC Comics could always go back and do exactly what they did with that annoyingly-exclusive Nokia app that came out around the time of the movies, and tell some stories that occurred before The Dark Knight Rises. That would give them an opportunity to explore Blake not as a proto-Batman Beyond but as a young, enthusiastic cop in one of the worst cities in the world. If successful, that could set them up to carry him over into Gotham.

Just for fun, check out the short video below that teams Blake with Stephanie Brown...

The Dark Knight Rises: Whatever Happened to John Blake?