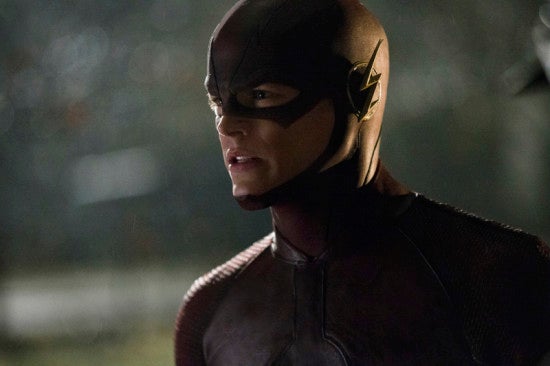 A new trailer for The CW's upcoming DC Comics adaptation The Flash has been released as part of The CW's upfront presentation today. The episode sets up Barry Allen's character and The Flash's origin, as well as revealing that Barry will apparently take on the Weather Wizard in the series pilot, which will also star Stephen Amell as the Arrow, reprising his role from Arrow, The CW series from which The Flash is a spinoff. You can see it embedded below. The Flash debuts Tuesday nights at 8 p.m. ET/PT on The CW this fall.