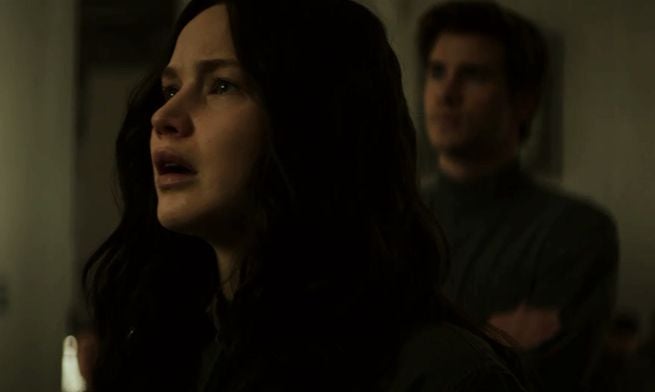 The first clip from this month's Hunger Games: Mocking Jay—Part 1 has been released online.

Airing exclusively on this morning's episode of Good Morning America, the clip gives viewers their first substantial look at one of the film's scenes, without the quick cuts of a trailer. In the clip, Jennifer Lawrence's Katniss Everdeen and Liam Hemsworth's Gale Hawthorne sees their friend Peeta Mellark appear on Caeser Flickerman's talk show. Believing Peeta to be dead, Katniss is shocked to see him quite alive and well.

Wearing a formal white suit and revealing what really happened during his and Katniss' final night in the Hunger Games, it almost looks like Peeta has turned on her friends and joined the Capitol's side.