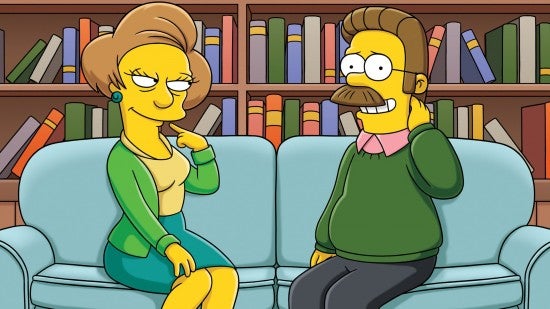 After the conclusion of last night's two new episodes of The Simpsons, FOX aired a brief epilogue remembering Edna Krabappel, Bart's long-suffering teacher and recently the wife of The Simpsons' neighbor Ned Flanders. Marcia Wallace, who played the character for 25 years, died last year and producers announced shortly thereafter that the character, for whom Wallace won an Emmy, would be retired. In the video that aired last night, and was just released online by the network, both Flanders and neighborhood bully Nelson Muntz reflect on the loss of Edna, in an understated way. Take a look below.