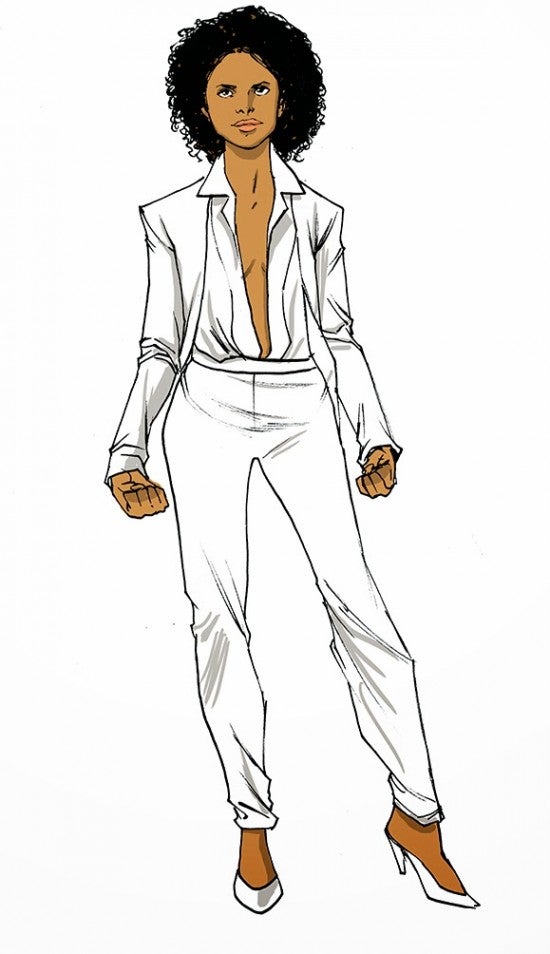 On his blog, writer/artist Tim Seeley has shared with fans designs for longtime Huntress Helena Bertinelli, who makes her first New 52 appearance in today's (final) issue of Nightwing but will be primarily used as Dick Grayson's partner-in-spymastery in the upcoming series Grayson, which Seeley is co-writing. The character, whose previous iteration before the relaunch was the daughter of a mob boss and a Catholic, has always been nominally quite Italian, and with the darker skin color, some fans are confused as to whether she's been altered to be African-American, or whether she's a dark-skinned Italian (obviously, they aren't that uncommon). Asked about the character's ethnicity by a fan on Twitter, Seeley declined to clarify, promising that "it's definitely covered in future issues" of Grayson. Previously in the New 52, Helena Bertinelli had been named as dead, with Helena Wayne (the Earth-2 daughter of Batman and Catwoman and current Huntress) having briefly assumed her identity to lie low. Whether that's an unrelated Helena Bertinelli, or whether this one faked her own death (as has Dick Grayson at the start of his new spy-flavored monthly) isn't yet clear, either. 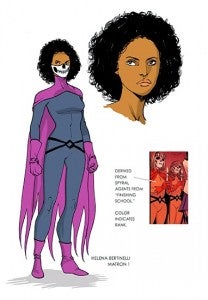 Seeley also didn't give too much insight in his commentary, saying only:

Here's some of the designs I sent in along with my pitch for GRAYSON! Two versions of HELENA BERTINELLI. The "superheroey" one derived from the "Skull girls' in BATMAN INC was scrapped.

The new series launches on July 2 by the creative team that did today's Nightwing #30, which is arguably a kind of "zero issue" for Grayson.