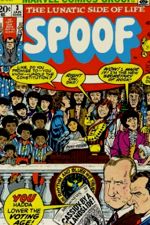 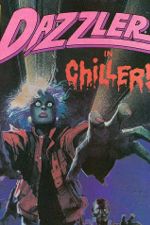 Yes, Dazzler, the most fabulous superheroine of the eighties honored the most famous video from the King of Pop. Dazzler #33 was called Chiller and had a storyline about a video very similar to Michael Jackson's Thriller video. The issue also featured a Jackson-like pop star named Teddy Lingard. 6. A publisher once planned to print one million copies of a Michael Jackson Moonwalker 3-D comic book. Blackthorne Publishing Co. thought they had struck gold when they were offered a deal to publish a 3-D comic book version of Michael Jackson's Moonwalker video. Unfortunately, the publisher apparently ran out of cash before being able to print the million copies. 5. Michael Jackson mistaken for Rorschach from the Watchmen. Ok, so maybe Gawker was only joking when they reported that confused Watchmen fanatics mobbed Michael Jackson at a bookstore, but you have to admit Jackson does look like he's wearing a Rorschach costume. 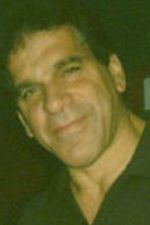 4. Michael Jackson took his children to a comic book shop.

Not unusual at all for a father to take his children to a comic book store, but if you're Michael Jackson, then it means it becomes a media event. Of course, the fact that Michael Jackson had his kids wearing masks during their comic book shopping trip probably didn't help in avoiding attention. 3. Michael Jackson had a statue of himself dressed as Batman. While it's probably not that unusual for someone to have a Batman statue, Jackson's Batman statue featured himself dressed as the cape crusader. It was one of the much publicized auction items after the King of Pop got into financial trouble. 2. Michael Jackson hired the Hulk as a personal trainer. This story came out only days before Michael Jackson's death, but Jackson reportedly had hired Lou Ferrigno to help him train for his upcoming London concerts. Of course, Lou Ferrigno is best known for playing the Incredible Hulk on the popular seventies and eighties television show based on the character.

No doubt about it, this one has got to be the number one strangest comic book story about Michael Jackson. According to a report by The Comics Journal, Michael Jackson once met with Stan Lee to discuss the possibility of buying Marvel Comics. Of course the deal never happened, but just think about how it would have shaken up the comic book industry if it had.