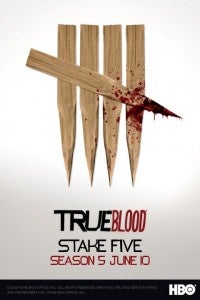 With the season premiere of True Blood around the corner, the promotional material for the show is starting to come fast and furious. Today, fans were treated to not one, not two, but three character-specific teasers that give clues as to the status quos of some of the characters from the series. The biggest reveal? Not everyone will stay in Bon Temps for the duration of the season, with it being clear that  fan-favorite vampires Bill Compton and Eric Northman will be hittin' the ol' dusty trail sooner than later. Other characters who get a moment in the sun during these trailers are Sookie Stackhouse, whose complicated relationship with Alcide Herveaux gets some exploration here; and Terry and Arlene Bellefleur, who discuss the mysterious fire that consumed their home. And, of course, it seems there's more to that fire than meets the eye... True Blood will return to HBO on June 10. Check out the trailer below and keep your eyes on ComicBook.com for more as the season progresses.