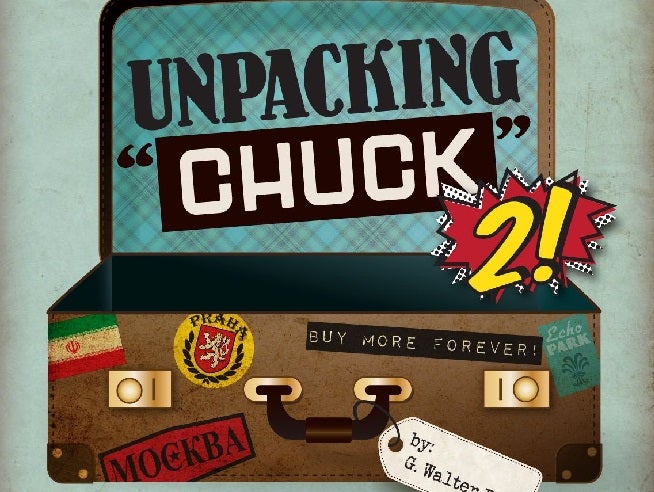 G. Walter Bush's Unpacking Chuck 2.0 debuted this week on Amazon, with both its digital and physical copies entering the top ten in the TV guides and reviews section.

The book's Kindle edition opened at #2 and the softcover edition in #9 on the popular online retailer, with the first Unpacking Chuck book following them so that Bush had three books/versions in top 20 at same time.

The Kindle and softcover editions of the new volume were #2 & #3 in "Hot New Releases" in same category.

Bush's book is another in a line of releases celebrating the cult-hit super-spy series, which was cancelled in 2012.