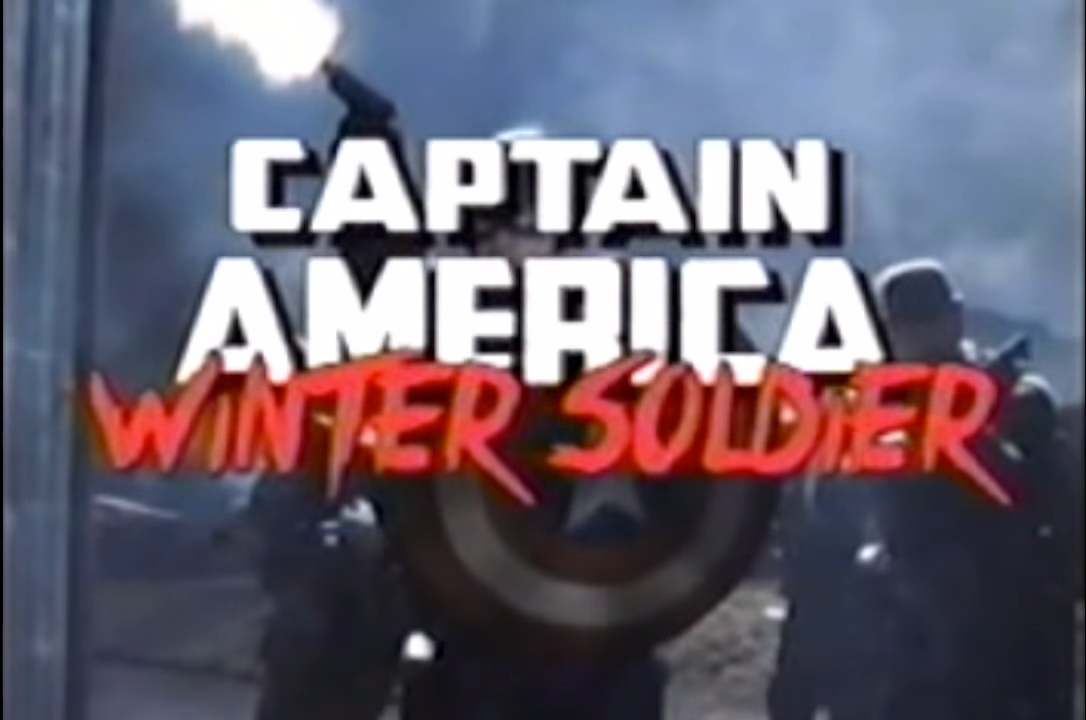 Like dated, 80's action schlock with your superhero adventures?

You're not the only one. A fan-made trailer for Captain America: The Winter Soldier has hit the web. The video reimagines Cap's latest cinematic excursion through the lens of movie trailers found in 1980s VHS tapes. Out of any Marvel Studios movie to get the 80's treatment, Winter Soldier is the ripest candidate. After all, Robert Redford does have a starring role.

The trailer cleverly focuses on Winter Soldier's political overtones and sense of bare-knuckled justice, while also adding some extra 80's gems of its own. See: wanton violence and steamy love scenes. Most of the trailer's new material borrows from Robocop, for that distinct Reagan-era taste, but traces of Machete, Batman Begins, and other films are peppered throughout.

Check out the video below for the full trailer. All that's missing is Arnold Schwarzenegger as Crossbones.

We have to admit, the trailer for this fictional movie is already miles better than the actual Captain America film that debuted in 1990.

What If Captain America: The Winter Soldier Was An 80's Movie?