With everything going on tonight, it may seem as though some pictures from the floor of the Wizard World Chicago Comic-Con are a bit frivolous--but we thought that bringing contributor Jen Aprahamian's pictures to you could help bring some levity to a pretty rough day for comic book fans. Check out some photos from Sunday below--cosplayers and pros both are represented, including a truly impressive New 52 Superman cosplay. [caption id="attachment_25414" align="aligncenter" width="764" caption="NIGHTWING writer Kyle Higgins signs for fans."] 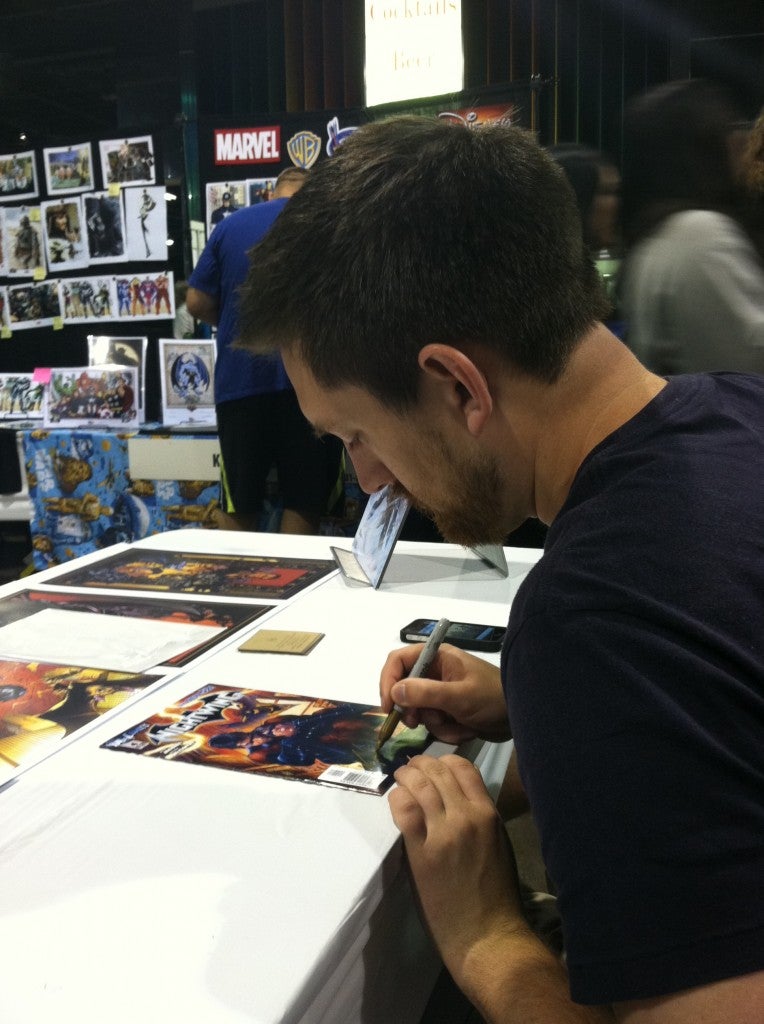 [/caption] [caption id="attachment_25418" align="aligncenter" width="764" caption="We KNEW it was only a matter of time before the first Disney-Marvel crossover!"] 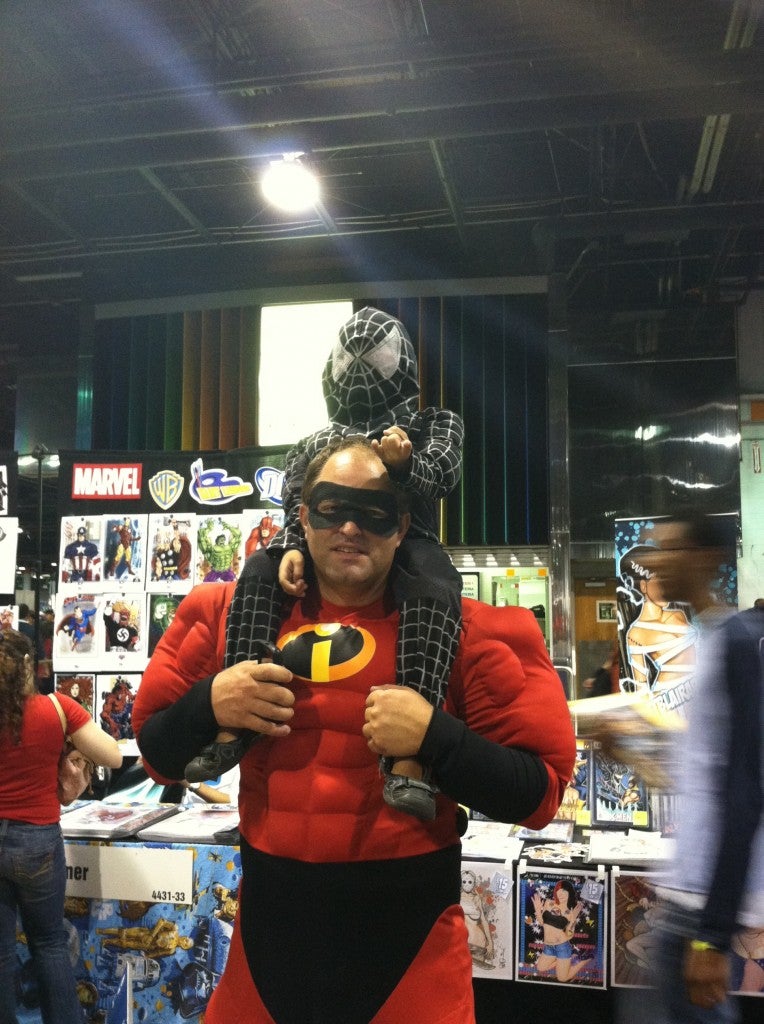 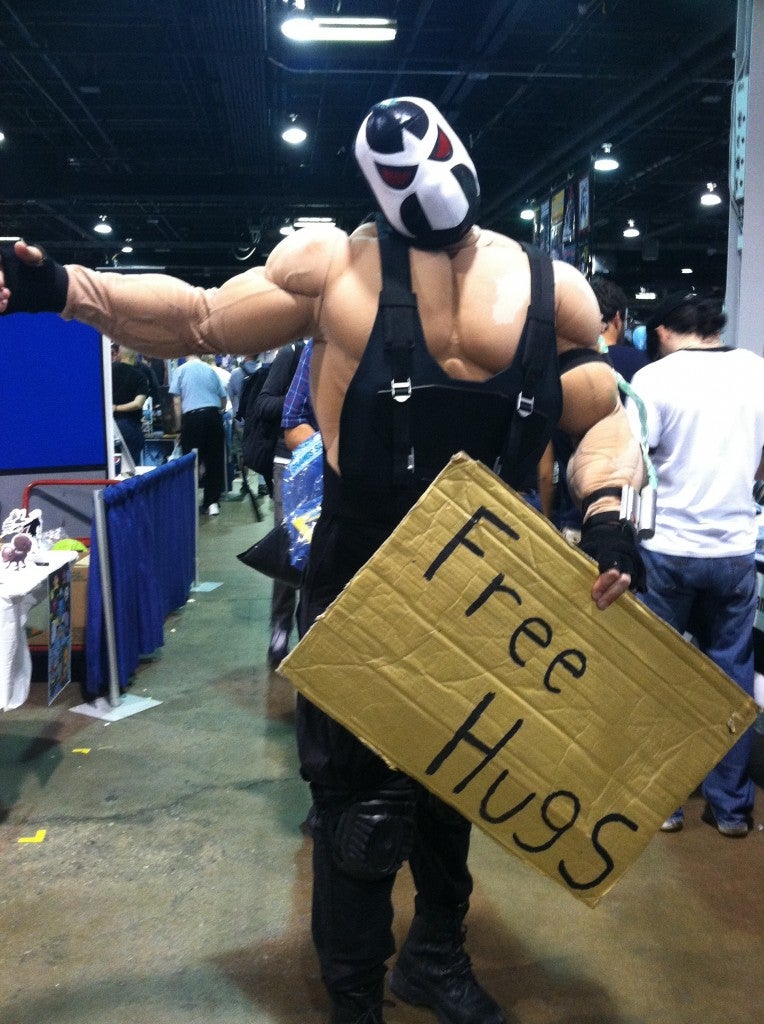 [/caption] [caption id="attachment_25416" align="aligncenter" width="764" caption="That's a pretty great New 52 Superman cosplay, actually. We haven't really started to see many of those yet. One day maybe we'll see somebody who tried to figure out the whole leather armor aspect of it."] 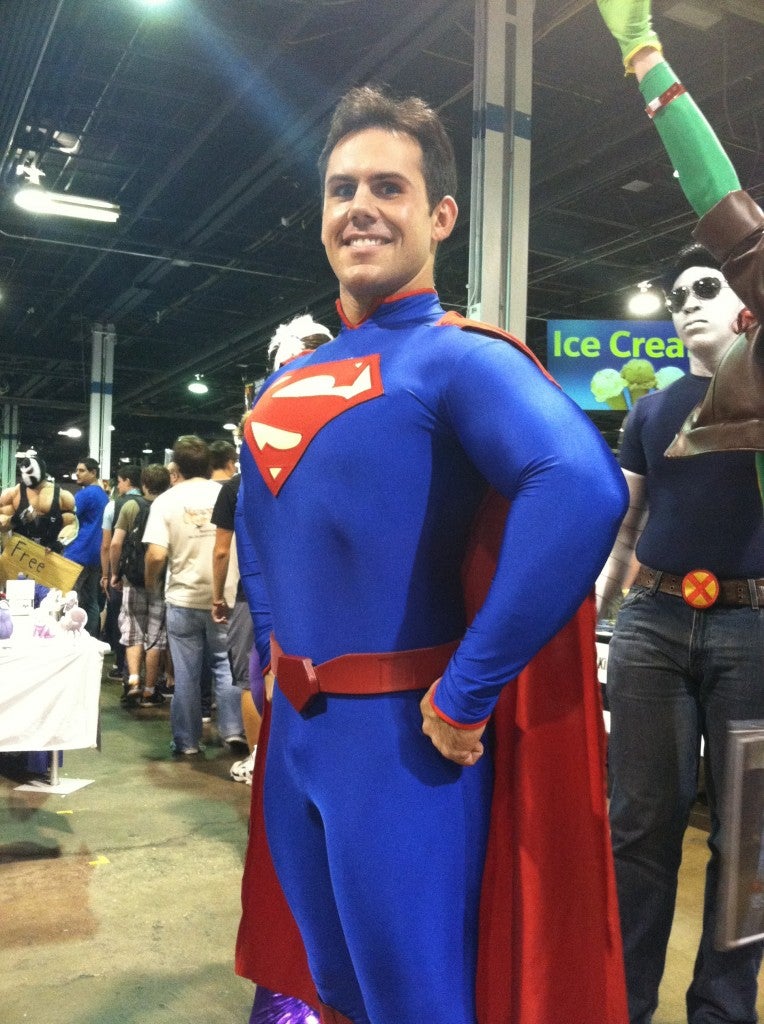 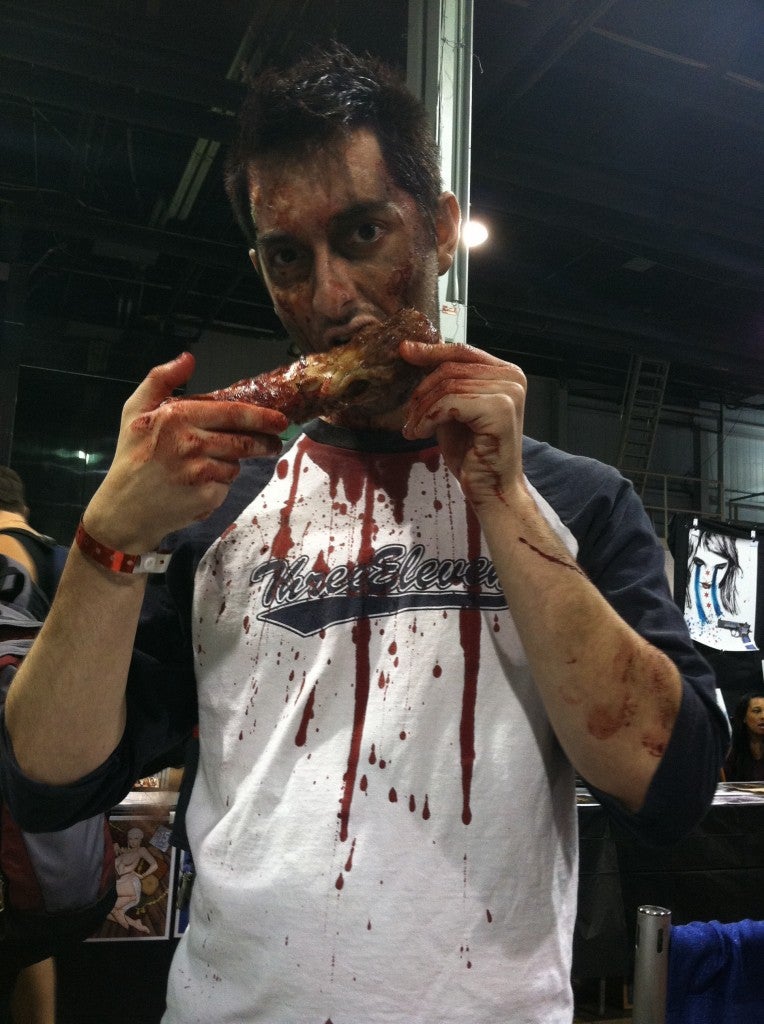 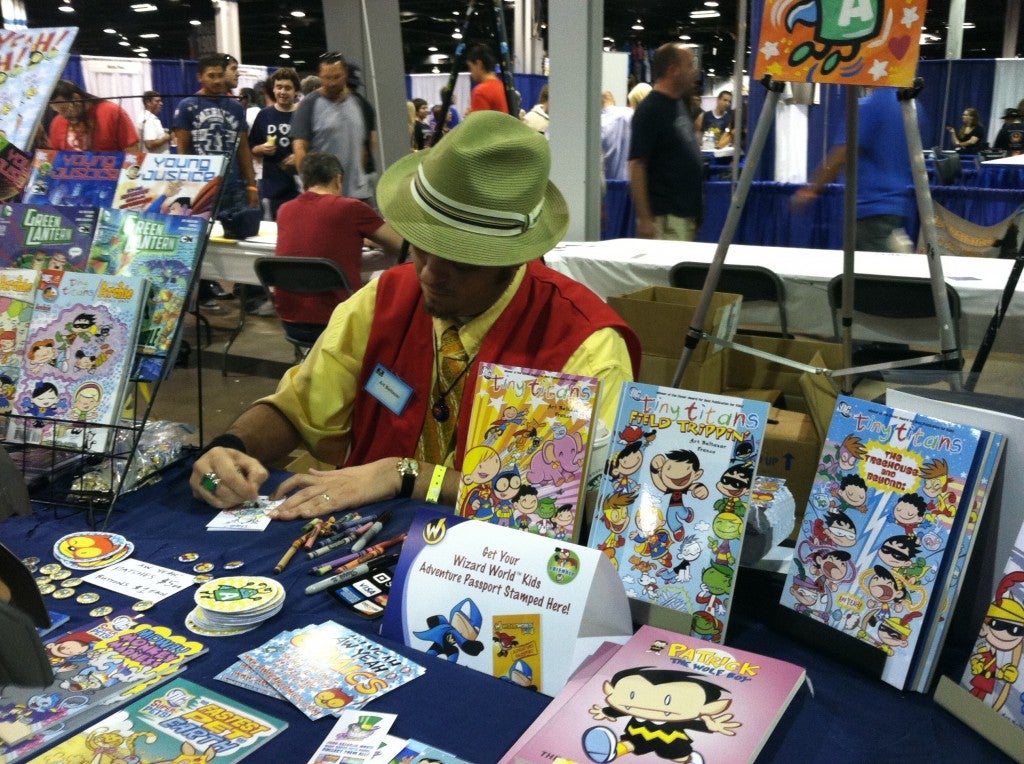