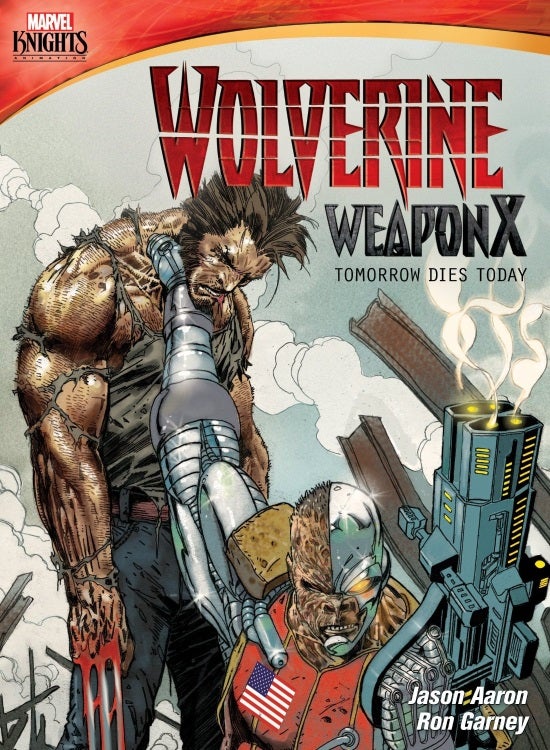 Shout Factory is bringing Jason Aaron and Ron Garney's Wolverine Weapon X: Tomorrow Dies Today to video in a new Marvel Knights Animation release. In addition to Wolverine, the story features Deathlok, who seems to be getting a big push from Marvel lately considering his role in Marvel's Agents of S.H.I.E.L.D. Here's the official plot synopsis:

It's the debut of an all-new, all-different Deathlok. Killer cyborgs have come from the future to kill the heroes of today, while Wolverine embarks on an international pub crawl with a certain recently reborn Sentinel of Liberty. Beer and bullets galore! From Eisner Award nominees Jason Aaron and Ron Garney, comes the epic knock-down, drag-out battle between everyone's favorite Mutie and Demolisher!

The DVD will be released May 13, 2014 and will also a feature a behind-the-scenes look at how Marvel Knights Animation projects are made.

When and Where to Watch The Walking Dead Universe Preview 2022