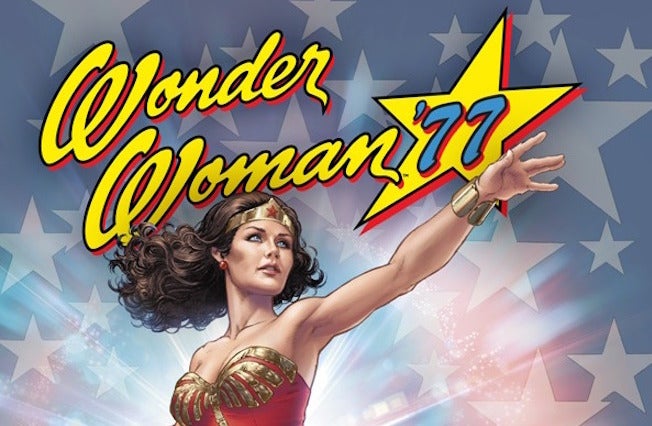 Writer Marc Andreyko says the new series stays true to the live action show which starred Lynda Carter and picks up where the show leaves off.

"Wonder Woman '77 follows the adventures of Princess Diana, the Amazon super hero known as Wonder Woman, who in her civilian identity is Agent Diana Prince who works for the government," he said in an interview with DC Comics. "Basically, it's your typical, 'I've got my secret identity. I've got my super hero life. I'm juggling those while fighting crime!'"

With art provided by Drew Johnson, the series two leads share an impressive likeness to both Carter and co-star Lyle Waggoner who played Steve Trevor in the television series.

Andreyko explained the first arc for the new digital comic.

"The first storyline involves Diana Prince and Steve Trevor who are faced with protecting a Soviet scientist who has defected. It's called "Disco Inferno." We are embracing the '70s full on!" he said. 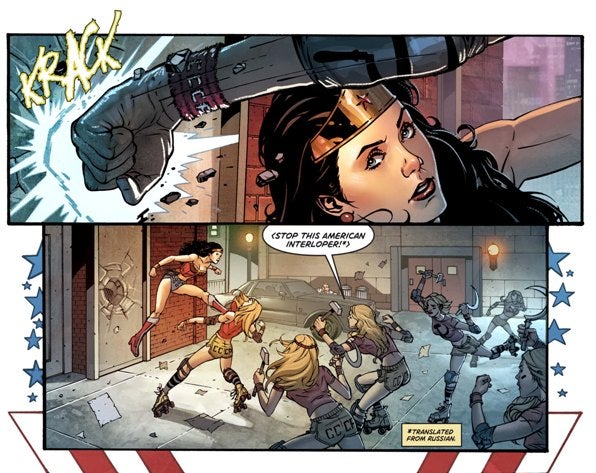 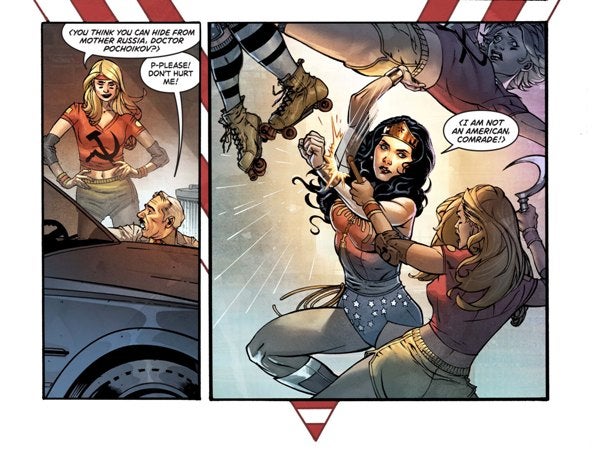 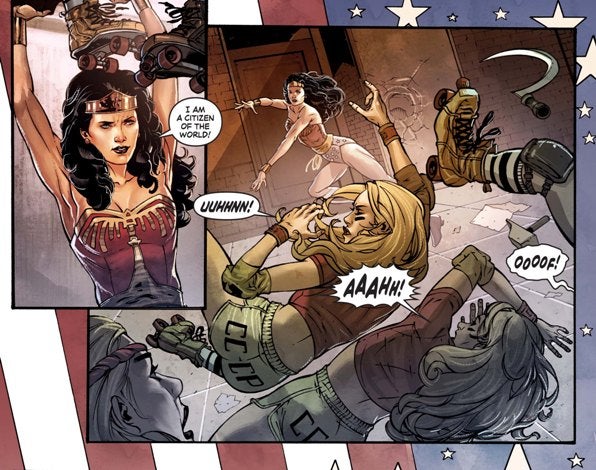 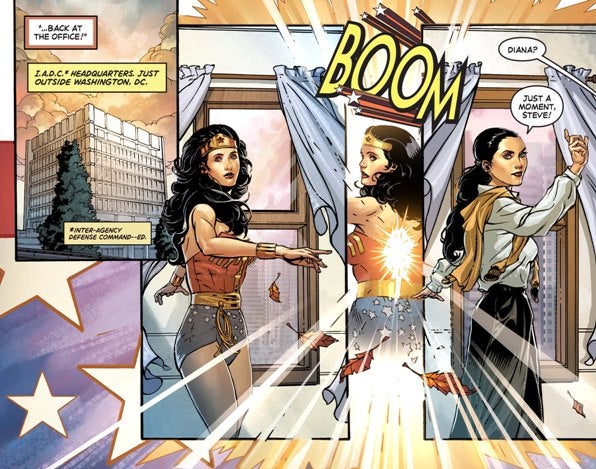 The writer explained why he believes the Lynda Carter television series has stood the test of time.

"I think it has a lot to do with Lynda's performance," he said. "There's just something…  She's stunningly beautiful, she's empowered, she's attractive without being too sexy. There's just a sort of all-American, beautiful, soothing, maternal quality to her. She's what Wonder Woman should be. She encompasses everything great and powerful about being a woman, and Lynda took it all seriously. There was no judging the fact that she was playing a super hero. She took it as seriously as if she was playing Florence Nightingale or Eleanor Roosevelt. It was a role and she threw herself into it, and it shows. It's what makes it have so much impact and such timelessness."

Andreyko added, "People tend to get spoiled reading those lists of the fifty super hero movies coming out in the next five years. Back in the day, until Tim Burton's Batman changed everything, super hero stuff was few and far between, and most of it erred on the side of being really silly. So to have something that spoke to a character in a way that was fun, accessible and respectful, that really stood out and it continues to do so—it's one of the best performances in super hero film and television."

Wonder Woman '77 Preview Picks Up Where Lynda Carter Left Off