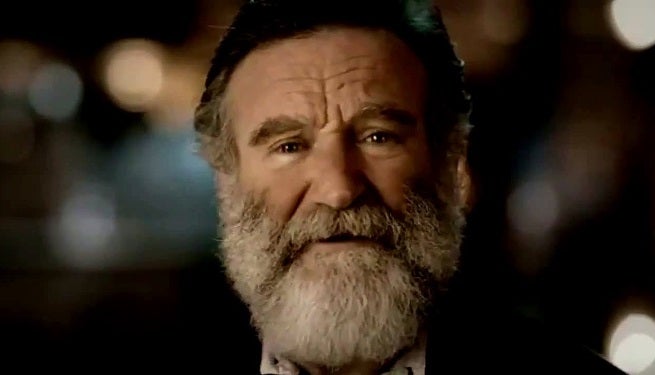 Many continue to mourn the loss of Robin Williams, the Oscar-winning actor and comedian who tragically died just yesterday.

In addition to being an actor and comedian, Williams was one of the first "celebrity geeks' to inhabit Hollywood, and openly admit his love for things like comics, tabletop games, and video games long before doing so was commonplace. Williams has been known to discuss his love of graphic novels like DMZ and Tekkon Kinkreet, tabletop wargames like Warhammer 40,000, and video games like The Legend of Zelda, from which he named his daughter, Zelda Williams. The two even appeared in a series of The Legend of Zelda commercials for Nintendo.

Another game that Williams enjoyed was the massively multiplayer phenomenon World of Warcraft, which Williams sometimes joked that was addicted to.

Not 24 hours from the news of Williams' death, one World of Warcraft player began petitioning the games' publisher, Activision-Blizzard, via Change.org to memorialize Williams with an in-game NPC.

Here's some of the text from the petitions' page on the website:

Robin Williams was not only an excellent comedian but also a game enthusiast, he said that he enjoys Warcraft III very much in an interview a few years ago, and was even apart of the mmorpg World of Warcraft. It was reported that Robin used to play on the Mannoroth server, and was something of a troll in trade on good days or when anonymity allowed. Mr.. Williams said in interviews that he took his World of Warcraft characters very serious  - in fact he was well known for being an extreme PC builder who prefered to build his own overclocked and super-cooled systems. He often joked about his WoW addiction but also about the reactions he'd get from other gamers when he admits he plays the game. Because of his presence within our community, we the players of World of Warcraft are asking Blizzard to kindly create an NPC within the game that memorializes the actor/comedian. Many have expressed a wish to this character perform some of Williams best jokes within the Worlds End Tavern, so that he may continue making us smile long after his passing.

It seems that the people at Activision-Blizzard have taken notice. Someone on Twitter brought the petition to the attention of Chadd Nervig, a technical game designer on World of Warcraft. Nervig stopped short of revealing anything official or sharing any details, but he did say that they were "taking care of it."

Obviously, nothing can replace the lose of Robin Williams, but it is nice to know that his spirit will live on as part of something that he loved in life.