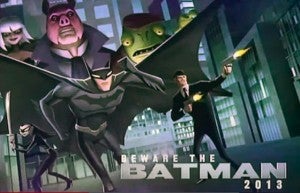 Cartoon Network has made available a list of their new and returning shows for next season, and neither Young Justice nor Green Lantern: The Animated Series are on it. UPDATE: Newsarama has confirmed that both series will end at the end of this season. While neither has officially been cancelled, they went on a long, unannounced hiatus in late 2012 and there had been much speculation that their recent return might have been designed just to burn off already-produced episodes that had not yet aired. Reports have suggested that the licensing and merchandising related to Young Justice and Green Lantern: The Animated Series have underperformed at retail stores, leading to dissatisfaction from both Cartoon Network and Warner Bros. The Young Justice comic book, based on the animated series, has already had its final issue solicited for February. Green Lantern: The Animated Series comic book adaptations will continue at least through March, with DC having told ComicBook.com earlier this month that the series would be taking on an every-two-months schedule, but not ending. Odds are probably good that if the cartoon is gone, the comic book will be scrapped as well. The Superman Family Adventures all-ages series is also ending in April, although it's likely that will just pave the way for another Superman-themed series more in keeping with the look and feel of this summer's Man of Steel movie. Taking their places in the Cartoon Network lineup will be Beware the Batman, the long-in-development series that features Batman and Katana, which was sent back for substantial alterations following the mass shooting in Aurora, Colorado this summer; and the kid-friendly, comedic Teen Titans Go!. 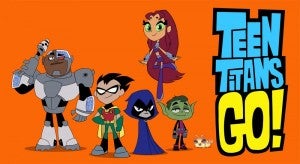 Here's how the network describes those series:

Teen Titans Go!: Featuring the return of Robin, Starfire, Raven, Beast Boy and Cyborg in all-new, comedic adventures, Teen Titans Go! will premiere in April 2013. Character-driven comedy is the order of the day as this new take on the superhero series focuses on the funny business that happens between saving the world and living together as teenagers without adult supervision. The series stars the principal voice cast from the original Teen Titans, and is produced by Warner Bros. Animation. Beware the Batman: A cool, new take on the classic Dark Knight franchise, Beware the Batman incorporates Batman's core characters with a rogue gallery of new villains not previously seen in animated form. Along with backup from ex-secret agent Alfred and lethal swordstress Katana, the Dark Knight faces the twisted machinations of Gotham City's criminal underworld led by the likes of Anarky, Professor Pyg, Mister Toad and Magpie. Produced by Warner Bros. Animation, this action-packed detective thriller deftly redefines what we have come to know as a "Batman show." Featuring cutting-edge CGI visuals, Beware the Batman, based on characters from DC Comics, is coming to Cartoon Network's DC Nation block in Summer 2013.

It may be surprising that there's no Superman series on the slate or, as far as anyone knows, currently in development. The Man of Steel hasn't had his own, solo animated series since 2000.