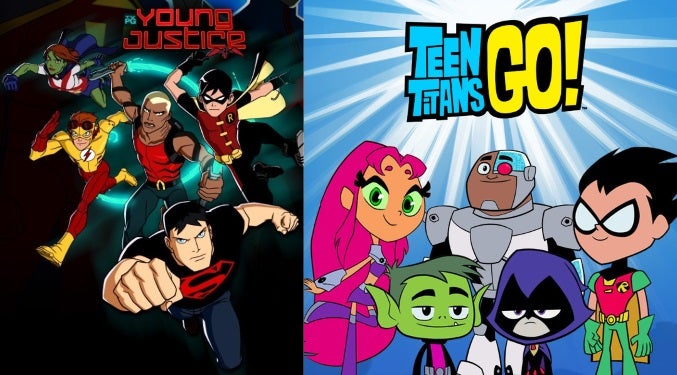 The cast of Young Justice will be returning to television in a crossover episode of Teen Titans GO! sometime this year.

As reported by Newsarama, the crossover episode has been confirmed by Warner Bros. Animation. The episode will have a slightly meta take to it, as the episode takes on fan complaints about the "silly" tone of Teen Titans GO!, compared to the DC animated series of the past.

"After being scolded by the superhero team

from Young Justice for their silliness and hijinks, the Titans decide to get more serious about superheroing."

Young Justice creators Greg Weismann and Brandon Vietti will not be involved in the creation of the episode, though Vietti did say, via Twitter, that it was going to be "fun none the less."

No word yet on which Young Justice characters will be making an appearance, and the episode's air date has yet to be announced.

At Comic-Con, DC Animation announced that Young Justice Season 1 will be making it's way to Blu-ray. Fans are still holding out for a third season revival or some sort of movie to wrap up plot threads left dangling by the show's cancellation.