Suicide Squad is about to burst into theaters - and possibly set box office records for an August opening in the process - but many are still waiting to hear critical reviews and word-of-mouth reactions from casual viewers, in order to get a sense of whether or not DC's supervillain team-up film truly appeals to them. Well, as the movie nears the eleventh hour before it's theatrical premiere, we're getting a new round of TV spots that (sort of) give an idea how critics are reaction to Suicide Squad.

...Well, not really. As always in the movie biz, these snippets of review quotes are something that Warner Bros. carefully selects (or even requests) for TV broadcast, in order to boost confidence in the film. And while it's nice to be the critic whose name appears in those tiny letters under the quote, it's not exactly a ringing endorsement of critical objectivity. In other words: many skeptics are rightfully skeptical of believing these types of "review" insights.

But hey, at least there's more Suicide Squad footage, if you want to see that!

"Most Outrageous Movie of the Year" --Shawn Edwards Fox-TV

It feels good to be bad… Assemble a team of the world’s most dangerous, incarcerated Super Villains, provide them with the most powerful arsenal at the government’s disposal, and send them off on a mission to defeat an enigmatic, insuperable entity. U.S. intelligence officer Amanda Waller has determined only a secretly convened group of disparate, despicable individuals with next to nothing to lose will do. However, once they realize they weren’t picked to succeed but chosen for their patent culpability when they inevitably fail, will the Suicide Squad resolve to die trying, or decide it’s every man for himself? 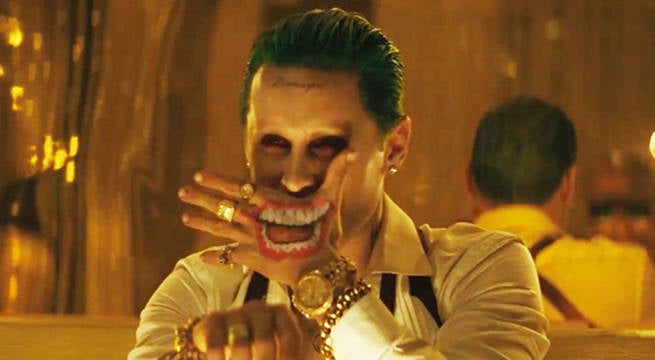 NEXT: 10 Things We Want to See in Justice League