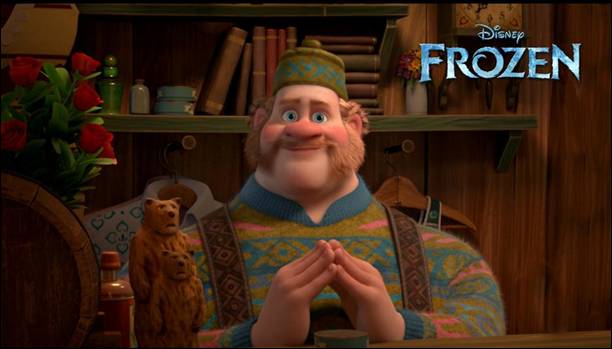 Walt Disney Animation have released a new clip from their new movie Frozen, out in theaters today.

You can see it embedded below. In the film, fearless optimist Anna teams up with rugged mountain man Kristoff and his loyal reindeer Sven in an epic journey, encountering Everest-like conditions, mystical trolls and a hilarious snowman named Olaf in a race to find Anna's sister Elsa, whose icy powers have trapped the kingdom of Arendelle in eternal winter.