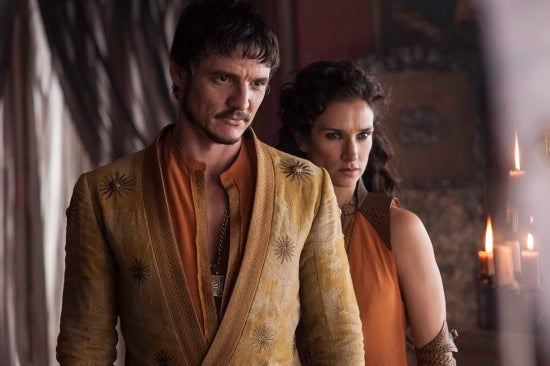 takes place in a sprawling world that viewers of the show have still only seen a fraction of. With new players becoming involved all the time, the show frequently introduces new characters that could turn the balance of power on its head. HBO has released a new video detailing some of the new locations and new characters introduced in Game of Thrones Season 4. The video takes a closer look at "The Red Viper of Dorne" Oberyn Martell, "The Bastard of Bolton" Ramsay Snow, "The Lord Oaf" Mace Tyrell and the Magnar of Thenn, Styr. The video also looks at the distinct culture of the city of Meereen, where Daenerys Targaryen currently rules. Game of Thrones airs Sundays at 8 PM ET on HBO.