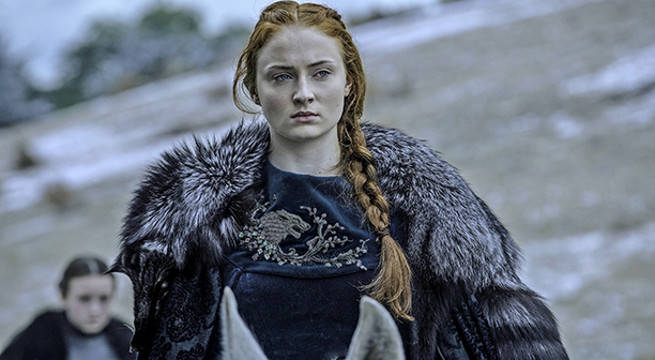 “It’s quite sad. It really feels like things are wrapping up and coming to an end,” Turner told Variety. “People are hanging around Belfast a bit longer to be around each other and be in each other’s presence.”

Game of Thrones Season 7 will be shorter than past seasons, with seven episodes as opposed to the usual 10, but there is still Season 8 for the cast to look forward to...right?

“We’ve got one more season…well, not all of us,” Turner teased.

Game of Thrones is a show that traditionally has a pretty high body count – it is a series about war and intrigue, after all – but Turner specifically talking about the cast at Belfast, where initial script reads are done, suggests that these deaths will be more than just faceless soldiers on the battlefield.

Things certainly seem to be coming to a head as Game of Thrones moves into its final act. Daenerys Targaryen is finally sailing from Essos to Westeros, and the Stark’s have taken control of the North once more. For Sansa though, there’s the question of whether she’s loyal to Jon Snow, or if she’ll take Petyr Baelish’s advice and try to take power for herself.

“You don’t really know what’s going on with her this season,” Turner said. “We’re trying to figure out where her loyalties lie and you’re wondering if she is going to pull through and be a true Stark or not.”

Will the bastard Jon Snow prove to be the true heir to the North, or will his now revealed Targaryen blood draw him to something even greater?

Game Of Thrones: Sophie Turner Says 'Not All Of Us' Will Make It To Season 8