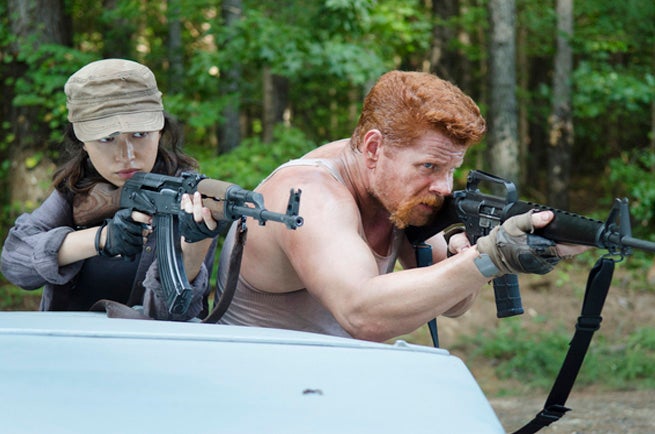 AMC has just released two new photos for the upcoming episode of The Walking Dead, "The Distance." The episode of the 11th in the fifth season and follows the group through Virginia.

Last time we saw Rick and company, they were growing weary traveling the streets on foot in the direction Washington D.C.. The group searched for water and food while combating weather and wild animals.

Towards the end of the episode, Maggie and Sasha watched the sunrise and to their surprise, were greeted by an apparently friendly new character, Aaron. This week, it looks like the group will evaluate just how friendly Aaron is while continuing to do their best to survive on the barren streets on Virginia.