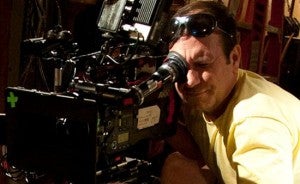 In a recent Q&A with AMC, Mike Satrazemis, who is The Walking Dead's Director of Photography, made an interesting comment, which might hint at some of the type of episodes fans will see in Season 4. When asked what his favorite type scenes to shoot are, Mike Satrazemis said, "I've always been attracted to the show because of the story. So any time we isolate a couple of characters and get to tell the story that's underneath this comic book, apocalyptic show, that's fun for me." Satrazemis' response is intriguing, because it's been previously reported that the Governor will get two standalone episodes in Season 4 of The Walking Dead. During Season 3 of The Walking Dead the show format split time between Woodbury and the prison, could Season 4 split time between group episodes and episode featuring certain characters isolated? In addition to standalone stories featuring the Governor, could there be other characters to get their own solo episodes? When Comicbook.com interviewed Norman Reedus and asked if there was any chance that Daryl Dixon might get a standalone episode or two in Season 4, he told us that was a question he couldn't answer and that we would have to watch. The Walking Dead Season 4 premieres on Sunday, October 13 on AMC.