With 2011 winding to a close, it's easy to reflect on some of the wild and wonderful stuff that we saw in a year that brought us digital day-and-date almost across the board, a total face lift of the decades-old DC Universe and more comic book movies than you could shake a stick at. What's equally fun, though, is to look forward to 2012 and speculate as to what series might be the best, most fun or most significant to follow in the coming year.

Batwoman This one's a sentimental addition; Chase was, according to many fans and critics, one of the best series that DC has rolled out based on a new character since the Crisis on Infinite Earths. The fact that the character is appearing as a supporting character in Batwoman is a hugely promising indicator for what is arguably the highest-profile title in comics starring an openly gay lead and also arguably the best Bat-book, from a purely artistic standpoint. The fact that she's apparently enough of a factor in that series to lead DC to finally collect her '90s series in a trade? Just gravy. True Blood IDW has an ongoing monthly comic starting next year, based on the popular HBO series which has driven the engines of a trio of best-selling miniseries for the publisher. As a popular licensed property, it has potential to elevate IDW's market presence both in and outside of the direct market. And IDW has shown time and again that their handling of such properties is one of the best in the industry. 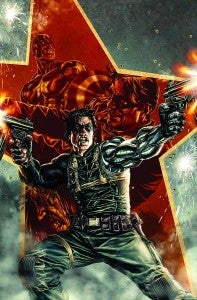 Winter Soldier One of the most promising new series at Marvel in some time, Winter Soldier is the culmination of a years-long case study by writer Ed Brubaker in accomplishing the impossible: he brought back the long-dead Bucky Barnes, and fans loved it. At the same time DC writers were bringing Jason Todd back into the superhero mainstream, much to the chagrin and sometimes outrage of fans, Brubaker managed to take Captain America's long-dead sidekick and not only resurrect him, but elevate him to the role of Captain as well. After a brief experiment with being dead again, he's back and soon will be starring in not one but two ongoing monthly series (Winter Soldier and Captain America and Bucky). The Walking Dead As the TV show remains a powerful force in popular culture, with more people watching any given episode than buy the floppies in a year, look for major shakeups to happen in the comic as the anarchy of the TV landscape validates the old "No one is safe" mentality of the books. What will successful experiments with killing off current (comics) survivors on TV yield? It's hard to know, but 2012 will be the first year that starts with that question weighing heavy on the minds of readers. Savage Dragon It hasn't been years, but decades, since Erik Larsen and Gary Carlson first teased a war of the worlds that would embroil Vanguard and Savage Dragon in the task of saving the earth from powerful alien invaders. Over the years some of the focus may have fallen away from this ambitious undertaking, but it was finally decided in 2011 that Vanguard would have to fulfill his ultimate purpose. While Larsen himself is taking over Supreme full time this year (and penciling Alan Moore scripts in the process), that anticipated project will, for many long-time fans, come in second on the list of what they're excited by from the Savage Dragon creator this year. 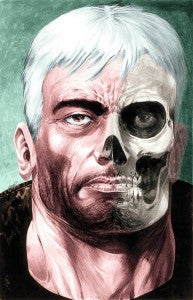 Resurrection Man This one makes the list in no small part because of the December issue. On the one hand, killing Mitch (again) is not an effective cliffhanger. On the other hand, it could very well pave the way for a masterful and memorable exploration of the nature of his powers, and/or death in the DC Universe. Abnett and Lanning are set up, at least potentially, to tell a story on the scope of Grant Morrison's classic Animal Man: Deus Ex Machina, and if there's a creative team with the potential to really pull off such an ambitious tale it's "DnA". Superman Legendary creators Keith Giffen and Dan Jurgens are taking over the title in March, and just those two on the book had this writer's attention from the moment it was announced. In addition, though, the book looks to be instrumental in shaping the future of the recently-relaunched DC Universe, particularly in the way it interacts with the characters and concepts imported from Jim Lee's short-lived and beloved WildStorm Universe. The first pair of issues solicited for the new creative team see the Man of Steel facing off against Helspont, one of the WildStorm Universe's most formidable opponents, which gives Superman something that he's often been found to be lacking: a truly impressive physical threat that can stand toe-to-toe with the most powerful hero in the DC Universe and come out swinging. Age of Apocalypse David Lapham, the Eisner-winning creator of Stray Bullets and Young Liars, takes on the Age of Apocalypse at Marvel Comics as an ongoing monthly comic this year. Not only is it pretty reliably true that anything Lapham writes is the best book on the shelves the week of its release, but many fans (this writer included) have longed to see since the original event story took place in that wildly creative alternate universe in 1995. Besides the monthly, Marvel is releasing an impressively huge Age of Apocalypse omnibus hardcover, featuring the original stories, the month before Lapham's book starts for those who want a crash course. Justice Society (of America) Any book with James Robinson writing it is something to watch. Any book with art by Nicola Scott is going to look fantastic while you're watching it. But the idea of the man who wrote The Golden Age and broke new ground in superhero 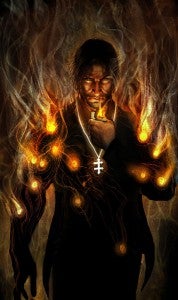 fiction with Starman being tasked with reinventing the Justice Society of America from the ground up, interpreting Earth-2 in his own inimitable way and the whole shootin' match being illustrated by the supremely talented Scott? Even without a single issue solicited, this is already #2 on our top ten. Artifacts Having already read the conclusion of what was to be the original Artifacts maxiseries by Ron Marz (and is now the first arc of an ongoing series), reporters are a little ahead of the curve that fans will soon catch up to. Without giving away the game, this is one of those rare times when a solicitation can say "...and the Top Cow Universe will never be the same!" and be literally accurate.  Between the relative freedom that creators have in a setting like Top Cow, where they have very little editorial oversight, and the fact that The New 52's success has likely given writers and editors all around the industry a pause to consider how they can up the ante this year, Artifacts has shifted from an eminently readable maxi-series to a must-read for anyone even remotely interested in The Darkness, Witchblade or just good comics.