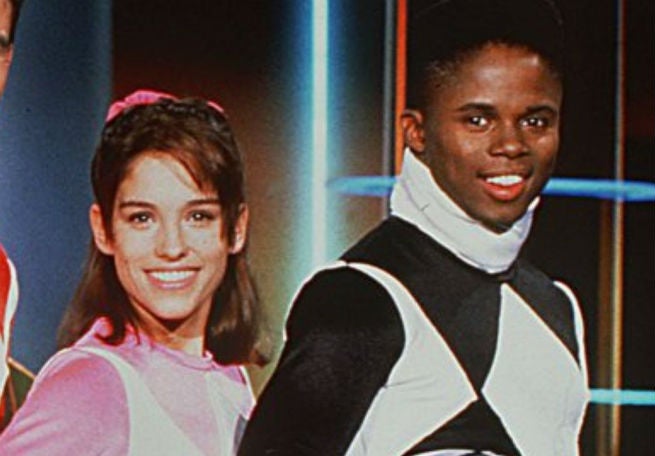 Amy Jo Johnson, once the Pink Ranger, and former Black Ranger Walter Jones took to their respective Facebook pages to, in varying degrees, express enthusiasm for the gritty, mature-audiences-only take on the beloved TV franchise.

Johnson posted the video to her Facebook page, saying, "Okay... so you've ALL probably seen this already. BUT just wanted to share. Personally I think it's kind of awesome. BUT don't tell Saban that!! I might get sued. [wink emoticon] And it's clearly NOT for KIDS!!"

Shortly after, Jones took to his own page, also praising the work put into the film but less willing to put it out there for his fans.

"I wont be posting the video of the Power Rangers deboot video because I still have fans that are kids," Jones wrote. "I will say... I thought it was very well done and entertaining. I am looking foward to other interpretations of this amazing show. I am blessed to have had the pleasure of helping to create here in the states! Its Morphing Time!!"

The Power/Rangers video went viral shortly after being posted earlier this week, but then Saban, who control the rights to the property, had it pulled from Vimeo and the filmmaker claimed they were "harassing" him. Frank, for his part, expressed ambivalence, saying that he had been offered a role in the short and declined it.

Pink And Black Rangers Weigh In On Power/Rangers Short Film

ComicBook Nation: James Bond No Time to Die Review & Why Squid Game Is a Hit