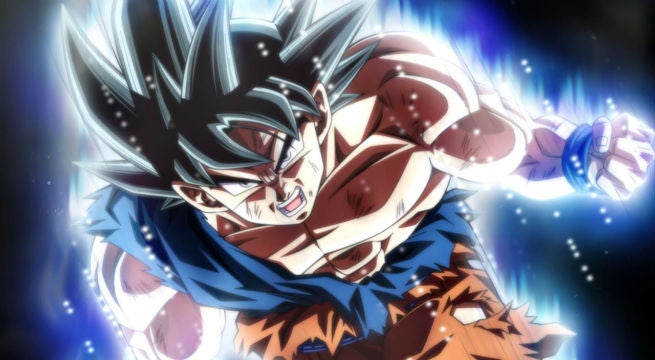 Since Goku has unleashed his Ultra Instinct mode once again in the battle with Kefla, it seems like he enters this mode almost by accident when fighting strong opponents in the Tournament of Power.

ComicBook.com has broken down Ultra Instinct in the past as a "state" or "power" rather than a traditional Dragon Ball transformation. This new state of being brings his Ki to a godly level, and even makes the God of Destruction Beerus nervous, because this state is usually impossible to obtain without years of harsh training.

But a Japanese theory posits the World of Void's empty environment and energy could be boosting Goku's affinity for this new state:

Might be relevant to mention that there was a theory floating on japanese forums that somehow the environment of World of Void triggered Ultra Instinct.

SSB was earned in an "alternate" dimension which was full of "god energy",
same way UI might be a result of "void energy". https://t.co/iZXQB7AZoV

With Goku obtaining Super Saiyan Blue through exposure to Beerus' planet's godly energy it would make sense that he's been slowly gaining power from this new pocket universe too. There's even a precedent for this in Dragon Ball Z.

Goku initially learned the Kaio-ken technique on King Kai's high-gravity planet even though he was technically dead. He first reached Super Saiyan level by fighting Frieza on Namek, and while it was a result of his higher emotional state you could argue Namek's environment had something to do with it as well. He reached Super Saiyan 3 off-screen in the afterlife, and the Saiyans in general are a race that grew stronger by travelling to other worlds and conquering them.

Remembering all of this coupled with the fact his first transformation to the Ultra Instinct state was sparked by the Spirit Bomb, a technique which draws in the energy from the environment, and this new theory sounds all the more feasible.

As natural of a fighting talent Goku is, it makes too much sense to argue he's essentially a walking energy sponge as well. Despite draining a ton of stamina during this "Universal Survival" arc, he's still pushing forward with enough power to fight off the fusion of Kale and Caulifla. Not to mention he's most likely going to need a source of energy if he wants a proper rematch with Jiren.

What do you think of this Ultra Instinct theory? Talk to me @Valdezology and we'll figure it out together.

Pokemon Exec Confirms Ash Ketchum Is Staying With the Anime

Sonic Frontiers Gets a '90s Anime Makeover in New Poster