Dragon Ball Super episode 116 will see the battle between Goku and Kefla ramp up a notch, as both powerhouse fighters tap into bigger levels of power! While Kefla is showing serious muscle in Super Saiyan form, Goku has just tapped back into his Ultra Instinct power, which may prove to be more than Kefla can handle.

However while fans are eager to watch and see how the 'Goku vs. Kefla' match progresses in the next episode, Dragon Ball Super episode titles and synopses may have already spoiled the outcome, weeks ago.

Warning: Possible DBS SPOILERS follow! Read only if you want to know!

The title of episode 116 is "The Signs of a Comeback! Ultra Instinct's Huge Explosion!!" which (now that we're approaching the episode's air date) clearly references the fight between Goku and Kefla, and the re-emergence of Ultra Instinct. When the episode titles for 116 - 118 were revealed, fans instantly read between the lines and discerned that Kefla likely won't be continuing in the Tournament past her fight with Goku in ep. 116.

Check out the episode synopses translated by DBS scooper Ken Xyro - as well as what he had to say, directly, about Kefla's possible elimination:

Two big questions:
Which universe gonna get erased and...
What does naked Android 21 look like? pic.twitter.com/hkFV4F0jE3

So does this mean Ultra Instinct Goku will get rid of Kefla then run out of energy resulting in getting attacked by the others, or?

Can't say for sure but definitely looks like it.
Kinda sad though... I wanted to see Kefla wreck a few fighters of other universes. https://t.co/agzZs7DIwX


The real question in this is not necessarily will Kefla lose to Goku (that seems pretty obvious based on the 117 - 118 episode titles and synopses), but rather will both Kale and Caulifla be eliminated during the fight? Being a fused fighter, Kefla's defeat could indeed include a fusion split that leaves both Kale and Caulifla battling as individuals again - and one of them could conceivably stay in the Tournament, even if the other is eliminated! 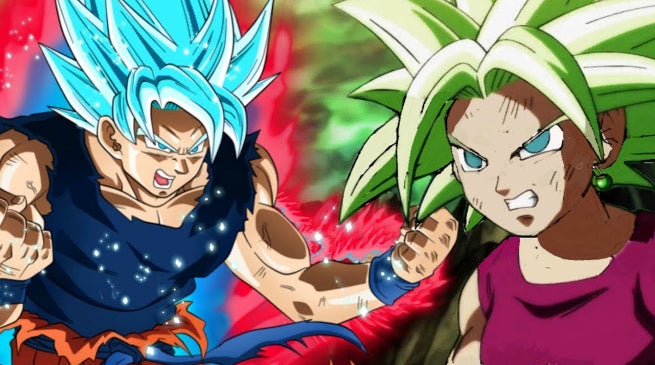 From the sound of things, Goku and Kefla's fight will leave them both sapped, as the episode 117 synopsis clearly details Goku dropping out of Ultra Instinct and being left very vulnerable to an ambush by Universe 2 - which leads to Androids 17 and 18 possibly powering up. With that in mind, it's definitely possible that Goku barely ends the Kefla fight by only knocking one of the female Saiyans out of the ring.