This year, Netflix will be exploring a new sort of horror when it debuts its live-action adaptation of Death Note. The famous series was created years ago by Japan's own Tsugumi Ohba and Takeshi Obata. The pair brought the thrilling supernatural franchise to life to rave reviews, but the U.S. floundered to get its live-action take on its feet. Thanks to Netflix, the feature is now on its way as director Adam Wingard recently teased a first-look at the adaptation would be released soon.

So, at ComicBook, we are delving into what we hope the trailer contains. In the following slides, you'll find just five of things which Death Note fans hope make it into Netflix's live-action film.

Give Us All The Psychological Horror

First and foremost, fans want the film to be dark. There is no reason to slack on Death Note's gritty drama and violence outcomes. The story follows a young boy who is gifted the power to kill anyone at will. As Light become more powerful, his god-complex grows to a dangerous point, and it falls to detectives like L to catch Light. Plenty of people die in the Death Note franchise - and main characters are no exception. It may be hard for some to watch, but Death Note fans will understand why the horror elements are needed. Just having a god of death present in the series alone is enough to make Death Notea spooky, mind-bending tale.

Speaking of shinigami overseers, fans have made it clear: they want Ryuk to be as sarcastic and asinine in real-life as he is in the anime. The god of death is a major player in the franchise as he is attached to the 'Death Note' Light comes to use. Ryuk then keeps up with the boy as he becomes mad with power, but the god simply watches with bored interest. To him, Light is almost a friend but more a science experiment; Hearing his commentary about the boy and the entire human race is something to look forward to.

In the anime, L and Light are very similar despite their diverged paths. The former is a renowned detective with prodigal skills and no social life. As for Light, the wickedly smart student has a need for justice and will use his wits to see his goal through. Towards the end of the anime, L even admits Light is a friend of his if not because of their unusual similarities - but their commonalities are not enough to keep them from being rivals. Fans want to see more of their complex friendship brought to life, so here's to hoping Wingard is listening!

Death Note is a dark series, but it has moments of rest. There is humor sprinkled throughout the franchise thanks to side characters, and Netflix will want to capitalize on them. It is one thing to trudge through a dark and trying animated series; It is another thing when that anime is then brought to live-action. Seeing the franchise's gore up close will leave plenty stunned, so breaking up Death Note's serious tone will be a must. 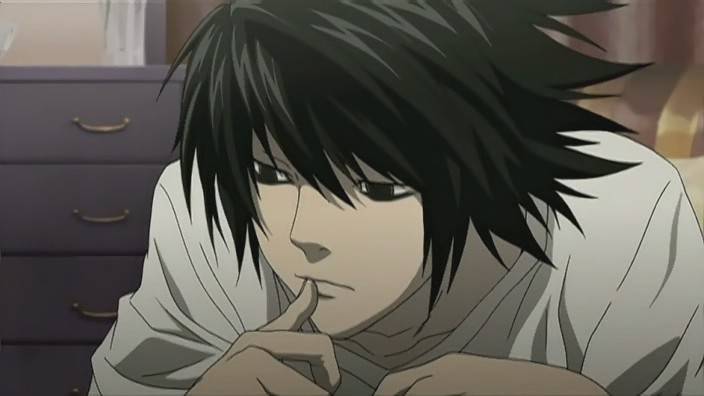 Stick To The Source Material

Of course, there is one thing Netflix must do with Death Note above all else. It needs to stick to its source material. Fans fell in love with Death Note because of its complicated story, supernatural grit, and wholly unexpected plot twists. Sure, some cultural translations will be needed to make Death Note relatable to a Western audience, but the plot need not change too much. If there's one thing the site should do above all else, it is make sure the script stuck tight to Death Note's original storyline.