"I've always liked Betty. I'm a Betty guy over a Veronica guy, and it's funny because…Werewolf Jughead and her are the breakout characters, and probably in equal parts," writer Frank Tieri told ComicBook.com. "I love that that happened because she's a ball to write. She plays this sweet, all-American girl, but maybe there's something else going on there? As it turns out, she's a kick-ass werewolf hunter."

And she won't be the only one fans get to meet. 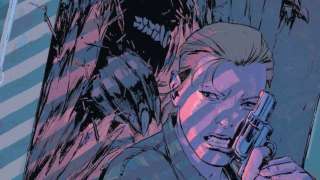 You can check out the official solicitation text for #3 below. That issue is on sale at comic shops and on the ComiXology and Archie apps tomorrow.

This is it—the confrontation you've been waiting for! Werewolf Jug vs Werewolf Hunter Betty Round 2! The last one ended in a draw—this one may end one of their lives!

You can also check out the official solicitation text for #5, along with a trio of covers for the issue, below.

After months of being on the run as a fugitive, something brings our favorite hamburger eating wolfman back to Riverdale—and that something is an out-for-blood Reggie! Will good ol' Jug survive this battle of the werewolves?

PlayStation Plus Subscribers Getting One of the Most Popular PS2 Games