Earlier today, Comicbook.com ran a piece from The Guardian, in which comic book creator and all-around icon, Alan Moore (Watchmen), confirmed that he is retiring from comic books.

After years of making headlines for his outspoken views on declining quality of mainstream comics, and Hollywood's involvement in the industry, Moore is ultimately leaving out of a sense of completeness with his ability to tell stories in comic book form. That's a more positive spin than most fans would've expected - but it didn't stop Moore from dropping one more big criticism about a pretty popular comic book superhero. 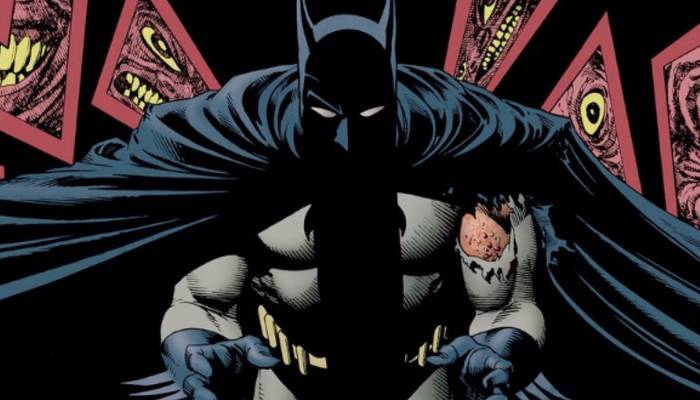 As an additional part of his interview with The Guardian, Moore let it be known that he is tired of seeing Batman pop up every where in mainstream culture:

"I am sure there is probably a very good reason for the hundreds of thousands of adults who are flocking to see the latest adventures of Batman, but I for one am a little in the dark for what that reason is.

The superhero movies – characters that were invented by Jack Kirby in the 1960s or earlier – I have great love for those characters as they were to me when I was a 13-year-old boy. They were brilliantly designed and created characters. But they were for 50 years ago. I think this century needs, deserves, its own culture. It deserves artists that are actually going to attempt to say things that are relevant to the times we are actually living in. That's a longwinded way of me saying I am really, really sick of Batman." --Alan Moore

Moore's theory (if clarification is needed) is that by recycling comic book icons like Batman, decade after decade after decade, comic book creators are detaching themselves from the full potential of creating something that speaks to the times they live in. It's a fair theory - though not without its fair share of rebuttals.

For one thing, many people see comic book superheroes as a modern version of mythological figures. In that sense, myths exist to be passed down from generation to generation, slightly altered as the times change, while retaining core themes and structure. In fact, one of the final comics Moore himself will be working on, League of Extraordinary Gentlemen, is built around characters that, while not mythological, have certainly become popular enough through literature and cinema to be called "iconic." Watchmen is a distinct reaction to superhero mythology of the time, so there's room to argue that enduring myths are a fine thing to have - and superheroes like Batman (who has spawned his own branches of philosophical and literary study), endure for valid reasons beyond entertaining children and childlike adults.

On the other hand: Moore's sentiment isn't an isolated one. As modern comic books (and their subsequent TV/movie adaptations) are trying to alter traditional characters through race and/or gender changes, there has been an increasingly vocal crowd asking why traditional characters must "tweaked," instead of new characters (in a full range of diversity) being created.

That's one of those debates that probably needs to get worked out in comment threads (please, not on Twitter...), but bringing things back around: Do you agree with Alan Moore? Have we seen too much Batman these days? Is there such a thing?

Alan Moore Is Sick of Batman