The internet is buzzing with excitement upon hearing the news that Dolph Lundgren will be joining the cast of the upcoming DC Extended Universe film Aquaman.

According to The Hollywood Reporter, Lundgren will be playing King Nereus, a character who is a surprisingly new feature of Aquaman lore. Nereus comic book appearances are fairly limited, with him appearing in five issues of Aquaman and seven issues of DC's Bomshells.

The character debuted in 2013's Aquaman #19 during the 'Death of a King' arc. In the Geoff Johns-penned arc, Mera finds herself face to face with Nereus, who is the leader of the Xebels, an exiled group of Atlanteans that Mera herself was once part of.

Later, in the 'Rise of the Seven Seas' arc, Nereus offers to team up with Aquaman's half brother, Orm the Ocean Master, on his quest for domination.

It's unclear exactly how prominent Nereus' role in Aquaman will be, especially considering the film's expansive cast. But it isn't crazy to assume that his appearance will tie into the storylines of both Mera (Amber Heard) and Orm (Patrick Wilson) in the film.

An icon for over 70 years, Aquaman is the King of the Seven Seas. This reluctant ruler of Atlantis, caught between a surface world constantly ravaging the sea and Atlanteans looking to lash out in revolt, is committed to protecting the entire globe.

The film is based on characters appearing in comic books published by DC Entertainment and will star Jason Momoa (Game of Thrones) as the sea-dwelling superhero, Amber Heard (Machete Kills) as Mera, Willem Dafoe (Spider-Man) as Atlantean politician Vulko, Nicole Kidman as Queen Atlanna, Yahya Abdul-Mateen II as Black Manta, and Temuera Morrison as Aquaman's father. It's being directed by James Wan (Furious Seven, The Conjuring), written by Will Beall (Gangster Squad), and produced by Charles Roven, Deborah Snyder and Zack Snyder.

Aquaman is set for release in 2018. Are you excited to finally see James Wan's undersea epic? Let us know with your vote in our Anticipation Rankings 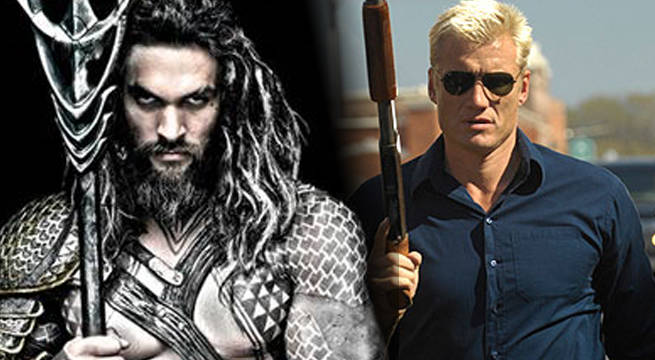 Aquaman is expected along in October of 201

Aquaman: Who is Nereus?