One of the biggest surprises over the last few years regarding DC Comics is their DC Bombshells line of collectibles. The line started out as a 1940's inspired statue line, but their immediate success quickly allowed DC to expand them into other collectible lines and even their own (also successful) ongoing comic.

Now the popular heroes are invading Funko's POP line, and they are going to be hot collector's items when they hit store shelves. Funko has put together some of it's best sculpts for the line, and the set includes a few notable chase figures that collectors will want to add to their shelves.

The initial line includes Batgirl, Wonder Woman, Katana, Harley Quinn, and The Joker, with chase figures for Wonder Woman, Harley, and Joker in the mix as well. The DC Bombshell POPs are hitting store shelves in February of 2017.

Funko is also launching a new line of Hero Plushies that includes a DC Cinematic Universe inspired Superman, Wonder Woman, Harley Quinn, and Batman. The plushies are expected to hit sometime in March of 2017.

Hit the next slide to check out the new Funko entries for yourself!

Everything about this Batgirl figure is perfect. From the oversized goggles, the bright purple and yellow paint job, and the incredible detail on her belt and boots, this POP will be a must have for Batgirl fans.

The standard Wonder Woman has a great iconic pose, but the best part is her headband tiara.

A perfect compliment to the vintage line is this Wonder Woman sepia toned chase figure. It will have a 1 in 6 rarity.

This costume design is fantastic on its own, and Funko has done a fantastic job replicating it in POP form. Her leg even has a detailed tattoo.

The regular version of Harley Quinn comes with some wonderful detail in her hair, makeup, and jacket, and she comes equipped with her trademark pop gun.

This black and white version of Harley Quinn will only be available at ThinkGeek.

The standard version this more whimsical Joker is only available at Hot Topic stores or online. 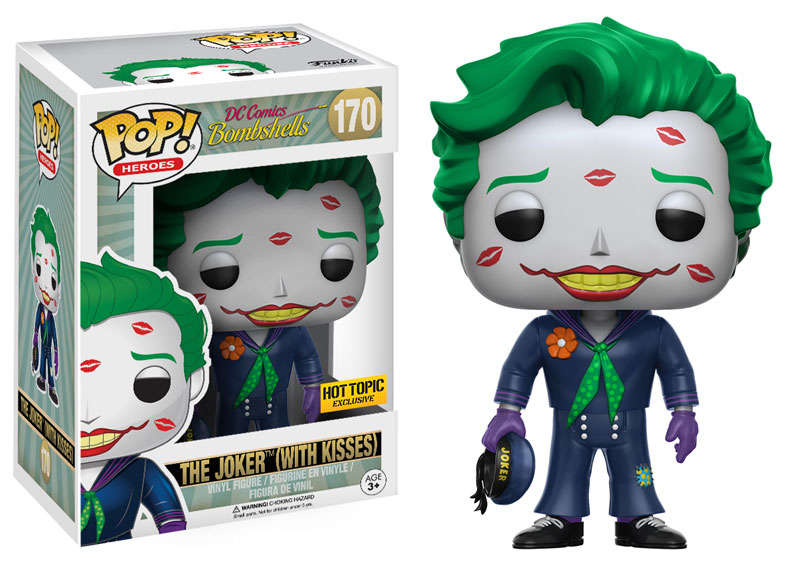 The special black and white variant of Joker with Kisses is also only available at Hot Topic or their online store.

The Flash, Superman & Lois, and More Missing From The CW's Comic-Con Plans