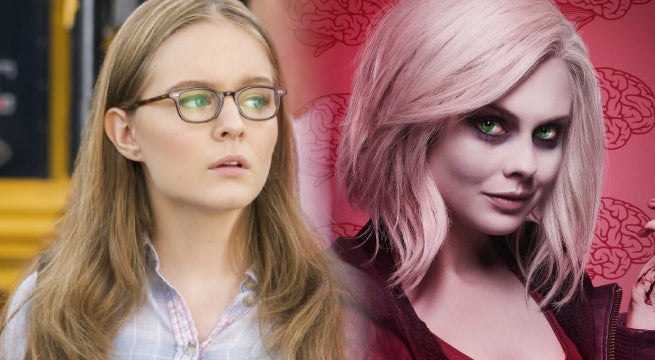 iZombie might not be able to fully cross over with the other The CW shows, but it will soon feature an appearance from an Arrowverse alum.

Izabela Vidovic, who played a young Kara Danvers on a recent episode of Supergirl, will reportedly be joining iZombie's fourth season. The sixteen-year-old actress broke the news in an interview with Monsters and Critics, while promoting her role in the family drama Wonder.

"I will be on iZombie." Vidovic revealed. "They are introducing me as a new character so I'm very much looking forward to that and I'm currently filming that in Vancouver."

While some viewers will associate Vidovic with her role in Supergirl's 'Midvale', which was considered one of this season's standout episodes, her iZombie role will apparently be something else entirely.

"Well, my character's name is Isobel and I unfortunately can't really reveal too much because it's going to ruin the whole storyline." Vidovic explained. "It's a tricky character, however I'm very excited to be a part of it. I did work with the creator, Rob Thomas, on a pilot a few years ago so this is fun to be working again with him and Dan Etheridge as well."

Even with the secrets surrounding Vidovic's character, it sounds like she will have a significant dynamic with some of the show's lead characters.

"You're going to see her with Rose and with Ravi a lot," Vidovic added, "but I can't say to what capacity."

As fans will remember, iZombie took things into an entirely new direction with its season three finale, essentially turning Seattle into a zombie haven. Vidovic won't be the only new addition to iZombie's "brave new world", with The Walking Dead's Daniel Bonjour set to play a documentary filmmaker.

iZombie will return midseason to The CW.