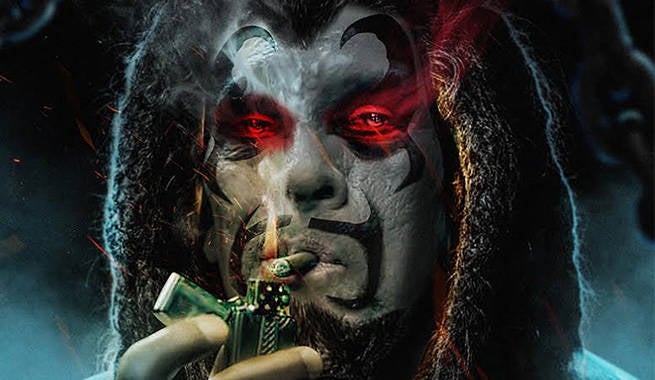 Wonder Woman screenwriter Jason Fuchs may be sticking around the DC Films world after the 2017 film debuts but the project may come as a surprise to many. The screenwriter is now teasing involvement in a possible Lobo movie.

Fuchs is turning through the pages of the four issue Portraits of a Bastich story and taking to Instagram to let the fans know. Naturally, the speculation has spiked with fans hungry for a Lobo film.

Reports surfaced earlier this year of Fuchs being tapped to write a Lobo film for Warner Brothers but the talk has been quiet since. As a writer, Fuchs' other credits include Luna Park, Pan, and Ice Age: Continental Drift.

Lobo is a popular anti-hero for DC, created in 1983 by Keith Giffen and Roger Silfer. While initially portrayed as a straight villain, Lobo became popular in the 1990s when Giffen reinvented the character as a parody of violent characters like Wolverine and the Punisher. Lobo became known for his ultra-violent methods, with unexpected victims like Santa Claus or comics convention attendees. In the New 52, Lobo was reinvented as a more svelte and attractive character to mixed reaction.

WB began development of a Lobo movie in 2009, with Guy Ritchie originally attached to direct. At one point, Dwayne "The Rock" Johnson was in talks to play the intergalactic bounty hunter, although he eventually moved from the project to play Black Adam in a planned Shazam film. Machete actor Danny Trejo recently tweeted his interest in playing Lobo, although there were no confirmed reports that WB ever approached him to play the character.