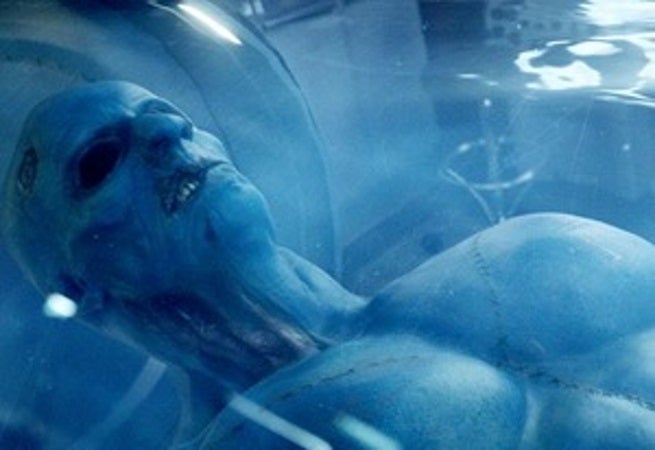 In an interview with TV Guide, Agents of S.H.I.E.L.D. executive producer Jeffrey Bell has confirmed that the blue alien found in the Guest House is a member of the Kree race. The revelation will be made officially in the December 2 episode of the series, "Ye Who Enter Here."

"Our people don't know anything about the Kree or that there's a planet full of them," Bell says. "What they do know is that the strange carvings created by Coulson after he was injected with the Kree serum are actually the map of a city, and they need to find that city before Hydra does. But where is it? Here or on another planet?"

As the prominent blue-skinned alien race of the Marvel Universe, fans have long suspected that the alien was Kree. Chloe Bennet, the actress who plays Skye, basically confirmed this as true in an interview last year, but later tried to back away from her statement.

The confirmation that the alien is Kree, and the Kree's connection to the Inhumans in Marvel Comics, would seem to be pretty strong evidence that the city everyone on the series is looking for is the Inhuman's home, Attilan, and that Skye herself is likely an Inhuman. Ronan the Accuser, the villain of Guardians of the Galaxy, was also a member of the Kree race.