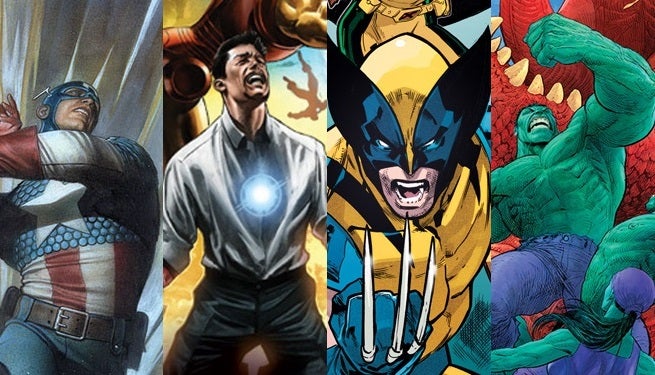 Beginning just after the announcement of Secret Wars for May 2015 at New York Comic Con, Marvel has been sending out mysterious teasers for comics that will be released in summer 2015. It began with Civil War and continued until there were fifteen new events teased.

Today, Marvel released their finally teaser, one that simply states "Everything Ends" in spring 2015. With all of the teasers now revealed, we've collected them into a single gallery for you to view and speculate on.

The teasers range across the Marvel Multiverse, touching on the House of M, Marvel Zombies, and Ultimate Universe. Many different characters are included, with multiple different X-Men and Hulk stories represented, as well as the Inhumans and Spider-Man. Some take directly from past events, while others put a new spin on the classics, like Years of Future Past.

Check out all of the teasers in the gallery below, and stay tuned for more information and details on Marvel's 2015 plans as they become available.

All The Marvel Teasers In One Place